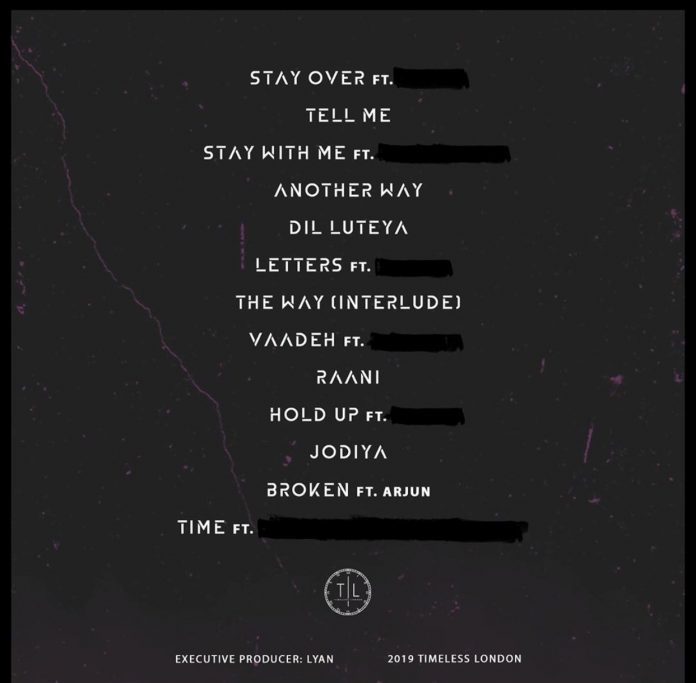 The new album has 13 tracks, with 7 features! As for now, Mumzy has covered the names of the artists joining him on the tracks, leaving his fans to guess the features.

The official track list for my second album Vertigo. Can you guess who the feature(s) are for each song? . Comment the song you’re looking forward to the most! . #VertigoV1 #mumzystranger #album

We’re sure there’s going to be some big names in there!

The release date has not yet been announced but we’re hoping it’s very soon!

We can’t wait to hear Mumzy perform some of these tracks at the BritAsia Music Awards! Get your tickets now!