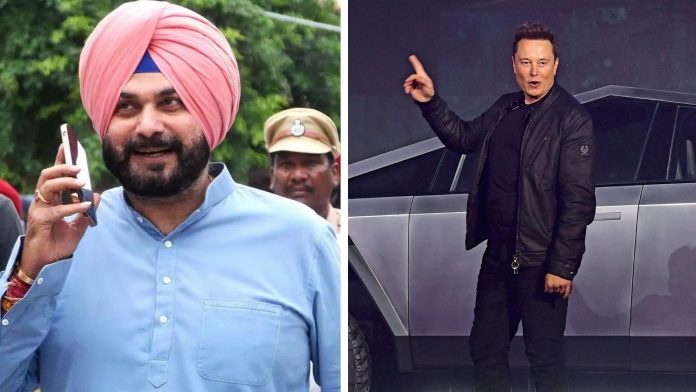 Navjot Sidhu’s invitation ties in with his ‘Punjab Model’ — where he envisions Ludhiana as a hub for electric vehicles and battery industry.

The conversation was initiated by Pranay Pathole a ‘Machine Learning Engineer’ on social media, when he tweeted Elon Musk asking: “Yo @elonmusk any further update as to when Tesla’s will launch in India? They’re pretty awesome and deserve to be in every corner of the world!”

Musk replied directly to Pranay saying, “Still working through a lot of challenges with the government.”

Having noticed their exchanges on Twitter, Mr Sidhu quoted Musk’s response and put forward his proposal, which emphasised how the industry venture would create “green jobs” and “sustainable development” opportunities.

The governments of Telangana and Maharashtra have already invited Musk to set up Tesla manufacturing units in their respective states.