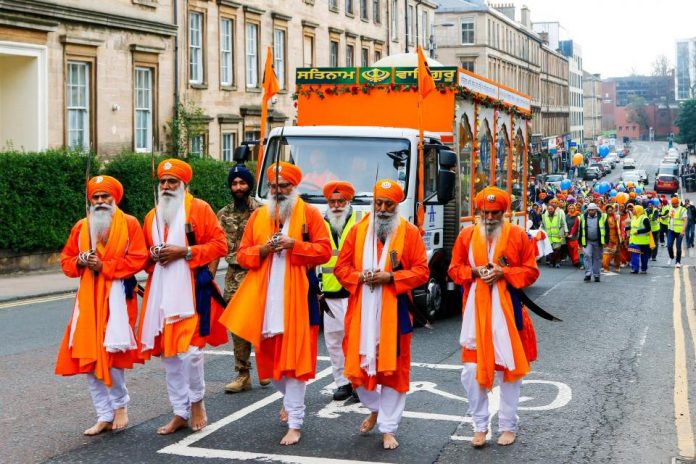 Vaisakhi (also known as Baisakhi, Vaishakhi and Vasakhi) is a religious festival celebrated by both Sikhs and Hindus all across the world!

The festival falls on the 13th or 14th of April every year, and this year happens to land on the same weekend as Easter.

To Sikhs, Vaisakhi represents a variety of things; it marks the Sikh New Year, commemorates the formation of Khalsa by Guru Gobind Singh in 1699 and it’s also a spring harvest festival in the Punjab.

For Hindus, Vaisakhi is sometimes referred to as ‘Vishu’ and also represents the start of the New Year and spring harvest.

The history behind the celebration:

The formation of Khalsa began with the ninth Sikh Guru, Guru Teg Bahadur, who was publicly beheaded by Aurungzeb, the Mughal ruler.

Aurungzeb wanted to spread Islam in India and Guru Tegh Bahadur stood up for the rights of Sikhs and Hindus which lead the Mughals seeing him as a threat- which is what lead to his beheading.

After the death of Guru Teg Bahadur, his son, Guru Gobind Singh became the next Guru of the Sikhs.

In 1699, Guru Gobind Singh chose Vaisakhi as the occasion to transform the Sikhs into a family of soldier saints, known as the Khalsa Panth.

During the Vaisakhi festival, Guru Gobind Singh came out of a tent carrying a sword and challenged any Sikh who was prepared to give his life to come into the tent.

The Guru returned alone with his sword covered in blood. He then asked for another volunteer and repeated the same action four times until a total of five men disappeared into the tent.

The crowd grew extremely concerned until they saw all five men return wearing turbans with the Guru. These five men became known as the Panj Piare, which translates to the Beloved Five. These men were then baptised into the Khalsa by the Guru. 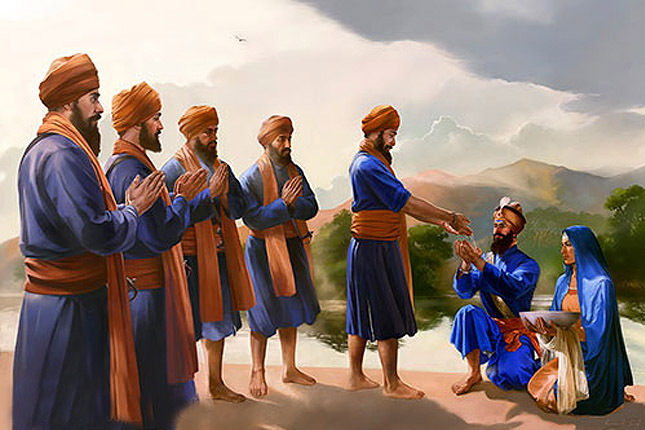 How is Vaisakhi celebrated?

During the festival, Gurdwaras are decorated with bright orange and flowers, and the day is marked with Nagar Kirtans which include parades lead by Panj Piaras, dancing, martial arts and the singing of holy songs.

Celebrations for the festival will be happening all around the UK this month.

This year, celebrations started early with Southall and Wolverhampton celebrating the festival on April 9th. You can see some of the pictures below: 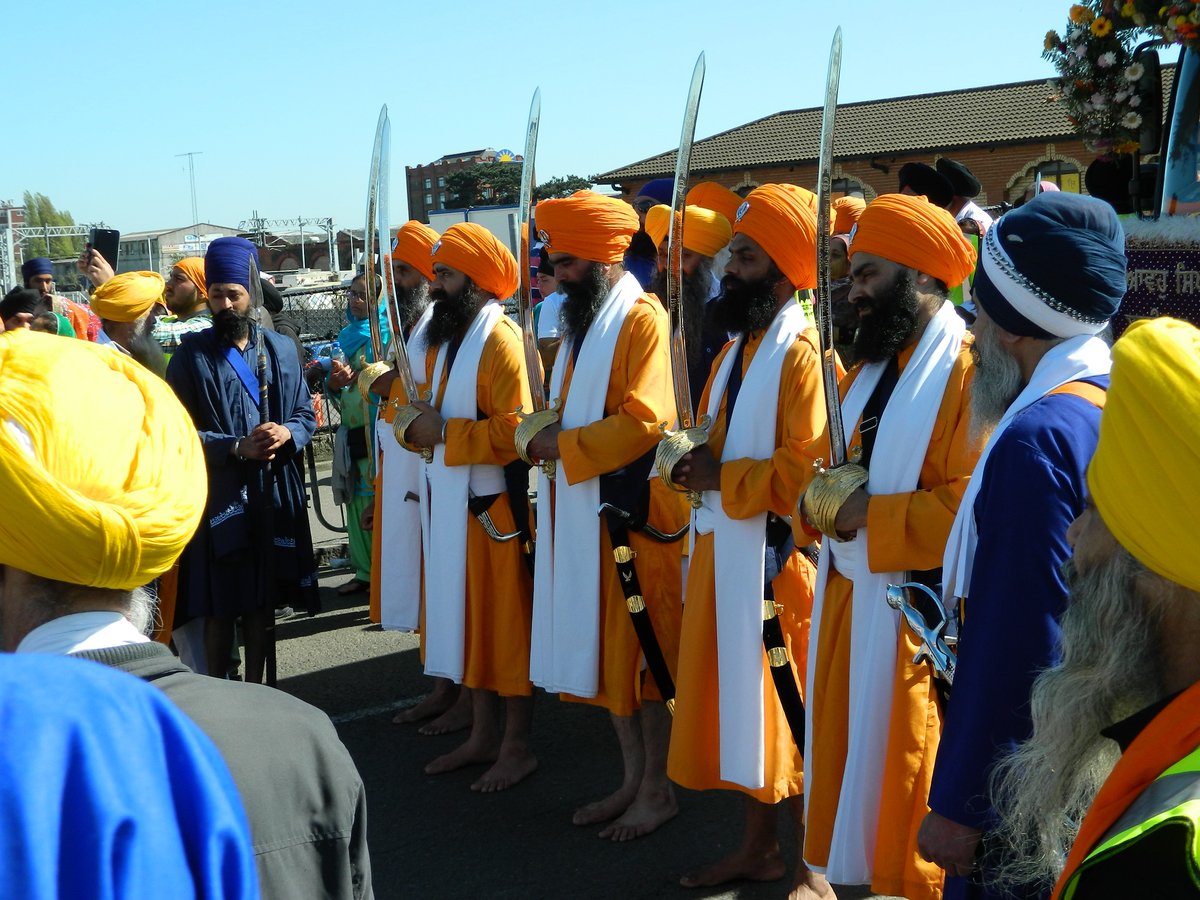 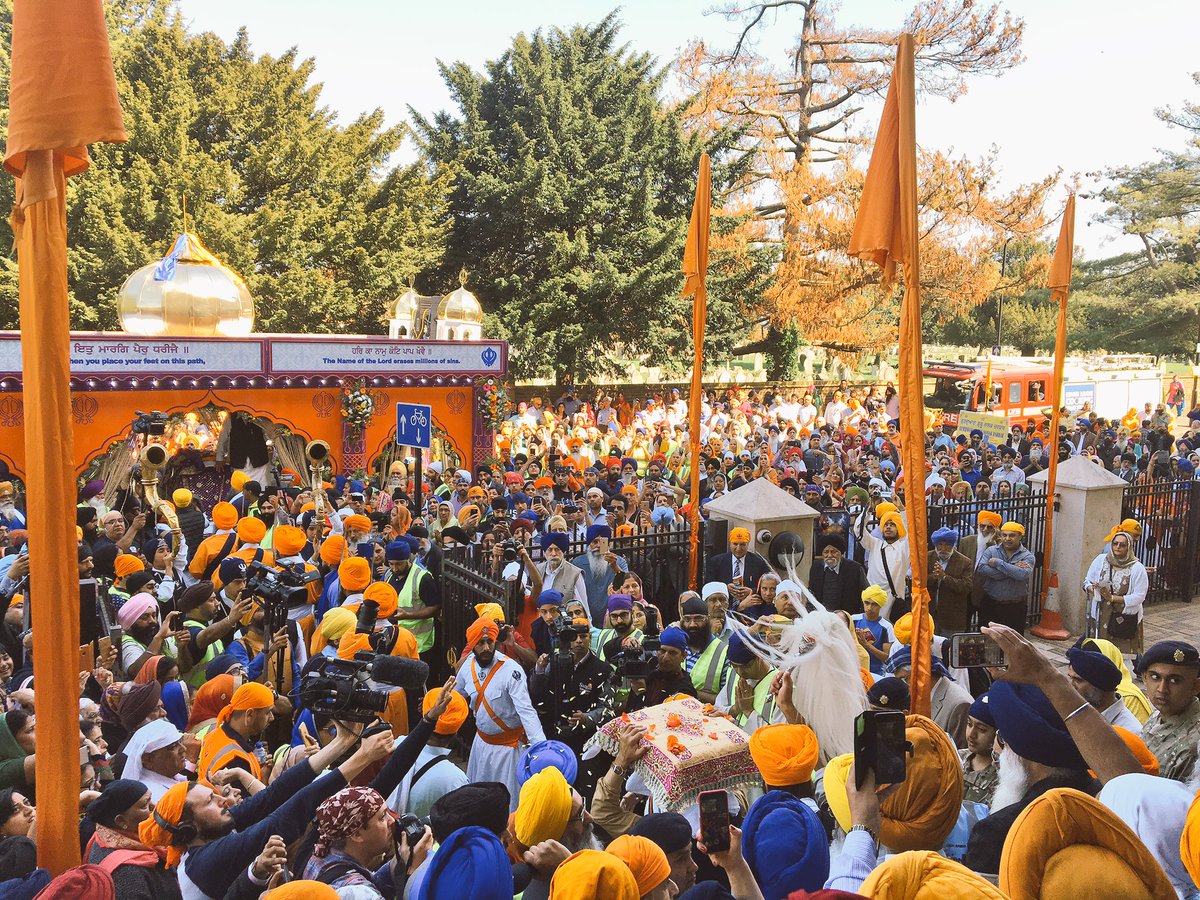 However don’t worry if you missed out, as there will be more Vaisakhi celebrations in Leeds on April 15th, Gateshead on April 22nd and Birmingham on April 30th.