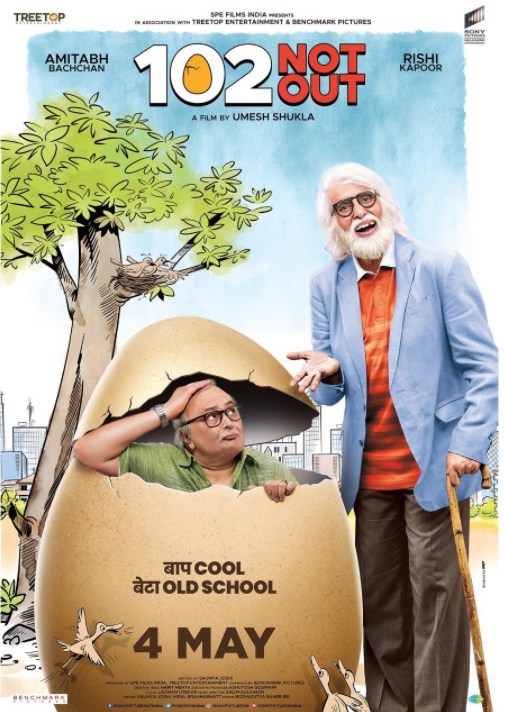 Bollywood legend Amitabh Bachchan and Rishi Kapoor are back on the silver screen for the first time in 27 years, for their first collaboration since working together in ‘Ajooba’ almost 30 years ago, for their latest movie 102 Not Out.

This time, they will be playing father and son who give a whole new meaning to love and family in this age-less comedy. There is nothing more than unique than a larger0 than life 102 year-old father and his cranky 75-year-old son.

The father, 102 years “young” Dattatraya Vakharia (Amitabh Bachchan), lives a life full of fun and harbours the dream of breaking the record for the world’s oldest living man, but thinks his grumpy 75 years “old” son Babulal (Rishi Kapoor) is a going to slow him down with his drudgery old ways.

Billed as the most unusual father and son love story, the movie is based on playwright Saumya Joshi’s well-known Gujarati play by the same name and has been adapted into a feature by him.

The highly anticipated trailer of 102 Not Out takes viewers on a roller coaster ride, showcasing the various emotions that the duo go through, and show their father/son relationship in a unique way.

The movie will be released in cinemas 4th May 2018.

Check out the trailer for 102 Not Out below.