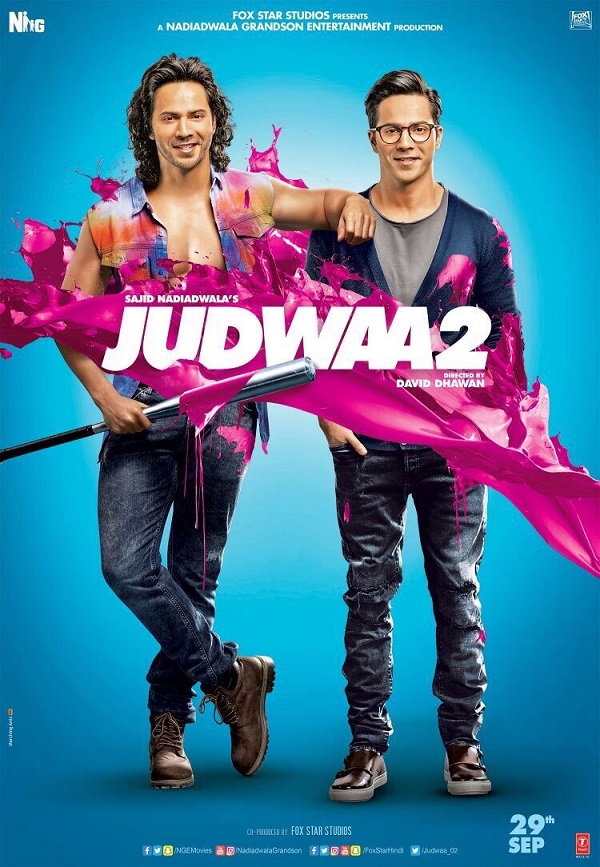 Judwaa 2 is a family action- comedy, that has been directed by David Dhawan.

The film stars Varun Dhawan who plays twins Raja and Prem, opposite Jacqueline Fernandez and Taapsee. 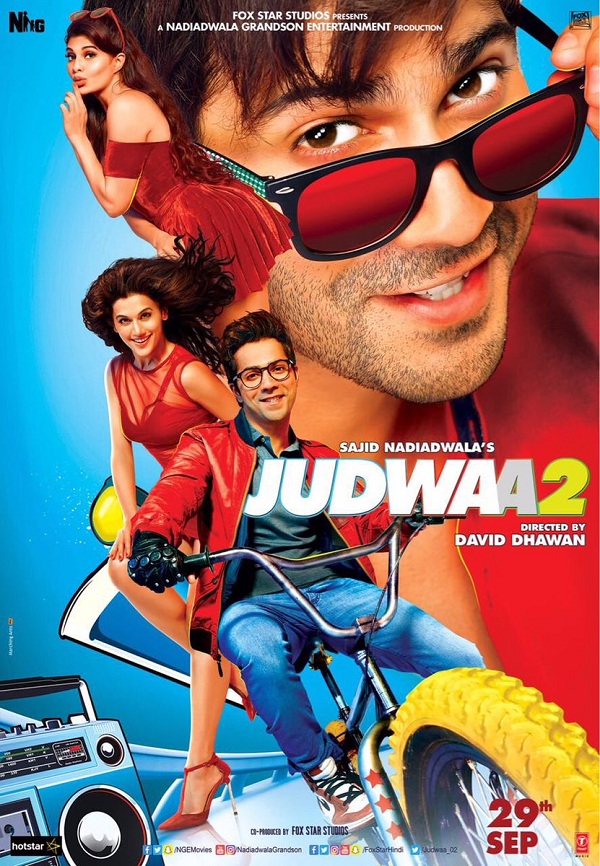 The film is based on Prem and Raja, who are twin brothers that have been separated at birth, after their father exposes a smuggling racket and a king pin. However, the brothers are genetically bound by reflexes and both interlink in strange ways and comedy errors.

They eventually come together to destroy the smuggling nexus and save their family from a downfall that awaits them.

The film is out in cinemas om September 29th, and you can check out the trailer for Judwaa 2 below.