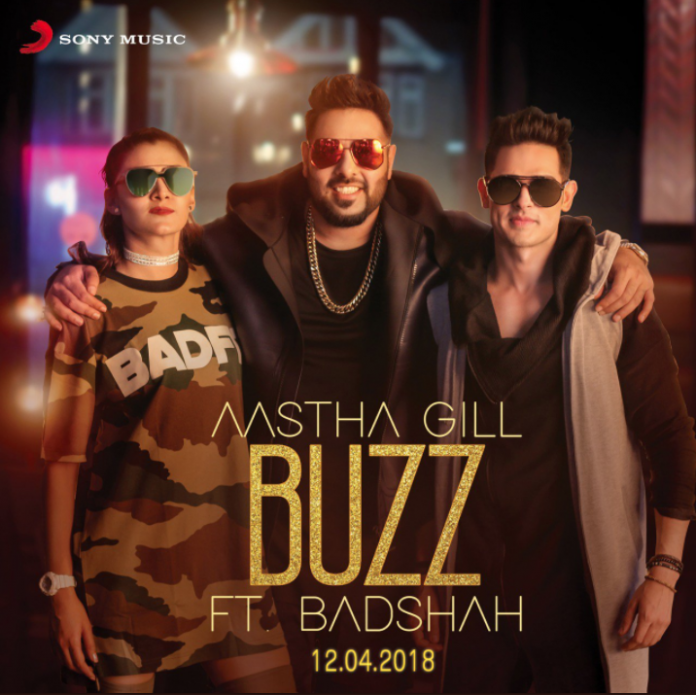 The debut track by Aastha Gill is finally here featuring one of India’s biggest rappers, Badshah! The pair’s latest collaboration is called Buzz.

Rapper Badshah has been mentoring Aastha Gill, and the pair have collaborated on many tracks with each other such as ‘DJ Waley Babu’ and ‘Abhi Toh Party’. This is the singers pop debut, and is sure to grab many people’s attention with the beat and hook of the song.

Not only did Badshah lend his rapping to the track, but went that one step further and let the singer borrow his prize possession, his Jeep, for the music video.

Talking about Buzz, Aastha said: “I am so excited, today is a big day for me, it’s my dream come true.

My fans have been very encouraging and my team at Sony Music have been my pillars through this journey. This is just the beginning, there will be a lot more music this year.”

The music video for Buzz also features former “Bigg Boss” contestant Priyank Sharma, and has been directed by Arvindr Khaira.

The captivating music, stunning set designs and cool costumes will have you hooked!

The song has been creating a buzz on the internet, and the track is finally here! Check out Buzz below by Aastha Gill featuring Badshah.