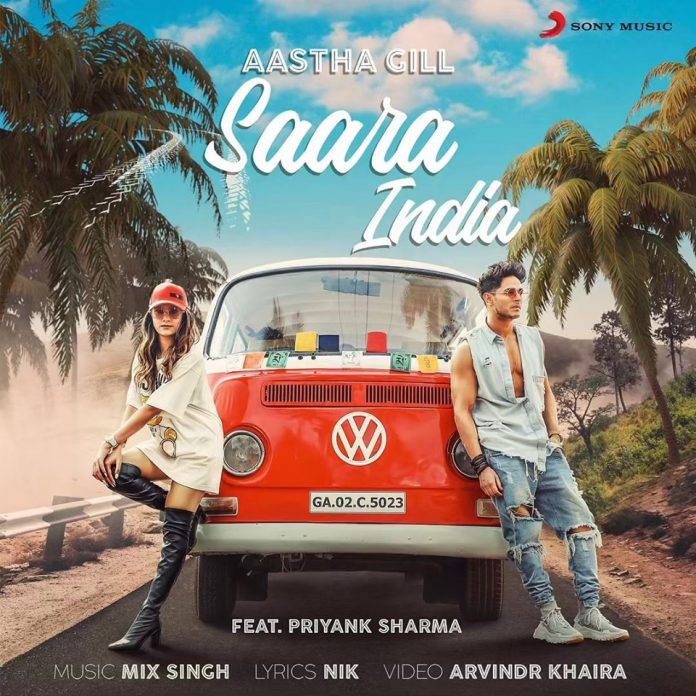 Hindi pop singer Aastha Gill is back after her huge hit ‘Buzz’ with her latest track ‘Saara India’.

Following on from the success of ‘Buzz’ which featured rapper Badshah, Aastha is set to make another hit record. ‘Buzz’ became popular with the youth of India, and became the most watched song on YouTube with over 10 million views.

Her latest single ‘Saara India’ is all about Aastha. This time, there is no catchy rap from Badshah but now is the time for Aastha to shine. Speaking about the song, she said: “I’m really looking forward to “Saara India” because this time there’s no Badshah behind the song.

Now it has become a challenge for me to bring out Aastha Gill in front of everyone and show them what I’m capable of. It’s actually a challenge and I’m really looking forward to it. This song is the one song that I really liked in the first go and I was so confident about it and I hope people will like it. I know people would get hooked onto it.”

The track has been composed by Mix Singh, and the lyrics have been written by Nik. ‘Saara India’ screams summer vibes, and will instantly give you those summer feels. It’s one we can imagine playing on the radio, whilst driving in an open top car.

The track is accompanied by a fun and summery video which features Aastha and Priyank Sharma. After watching this, you’ll be eager to go ahead and book that holiday!