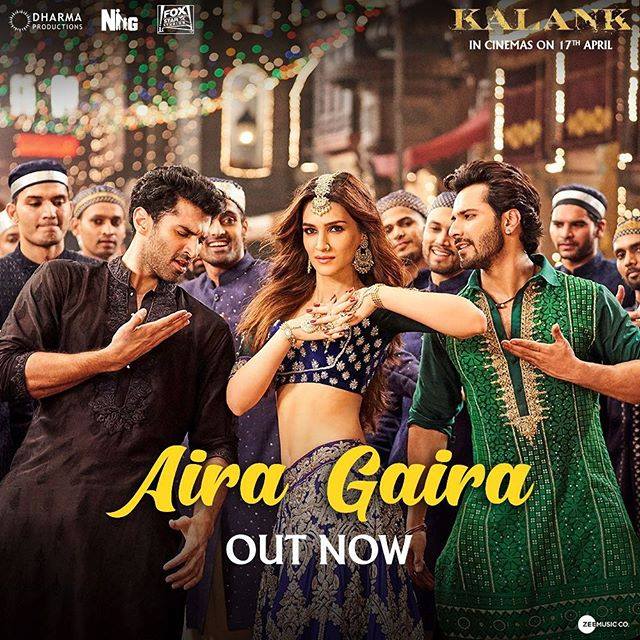 The makers behind the newly released Bollywood movie ‘Kalank’ have released another track from the soundtrack titled ‘Aira Gaira’.

Fans have already been treated to an array of beautiful tracks from the movie such as ‘First Class’ and ‘Tabaah Ho Gaye’. Now, ‘Aira Gaira’ is here!

‘Aira Gaira’ features the beautiful Kriti Sanon, who makes a special cameo in the epic dance number. She is seen dancing along with lead actors Varun Dhawan and Aditya Roy Kapoor.

The epic love tale is out in cinemas now!