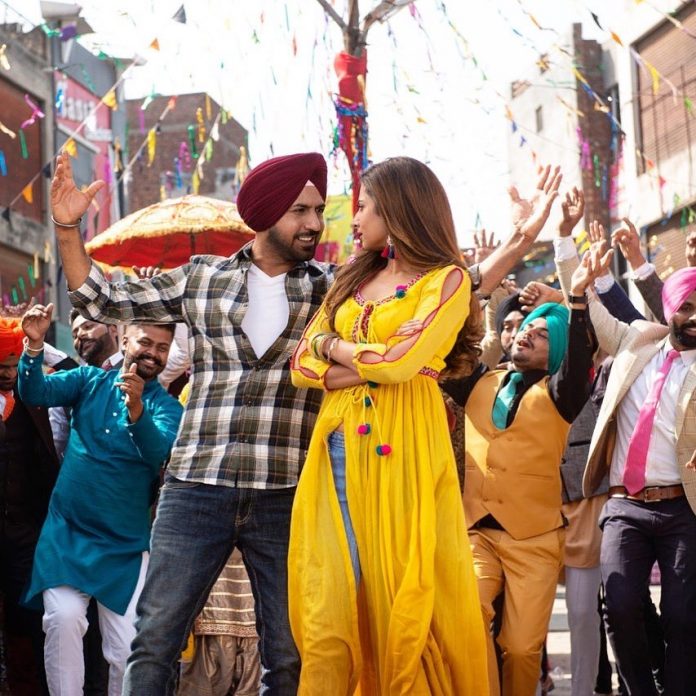 The makers behind the upcoming Punjabi movie ‘Chandigarh Amritsar Chandigarh’ have released the ultimate Bhangra track ‘Ajj Billo Katthe Nachiye’ from the soundtrack.

This is the second track from the flick after the release of ‘Ambersar De Papad’, which received a great response from the audience. Fans are eager to see the fresh pairing of Gippy Grewal and Sargun Mehta and the release of new music is showing how well they are on screen with each other.

The Bhangra track has been sung by lead actor Gippy Grewal, and famous musical director Jatinder Shah has composed it.

We see both Gippy and Sargun showing off their best dance moves, and is refreshing to see the new pairing on screen.

Speaking about the song, Gippy said: ““Chandigarh-Amritsar-Chandigarh is one of the favorite projects of mine. And as a team, we tried to make sure that every detail will be taken care like accent and body language of both the places and Music.

I believe music is a very important asset to the film. I am sure that this song ‘Aaja Billo Katthe Nachiye‘will surely make audiences to dance and will grace every upcoming occasion. ”

The Karan R Guliani directorial is set to hit in cinemas 24th May!