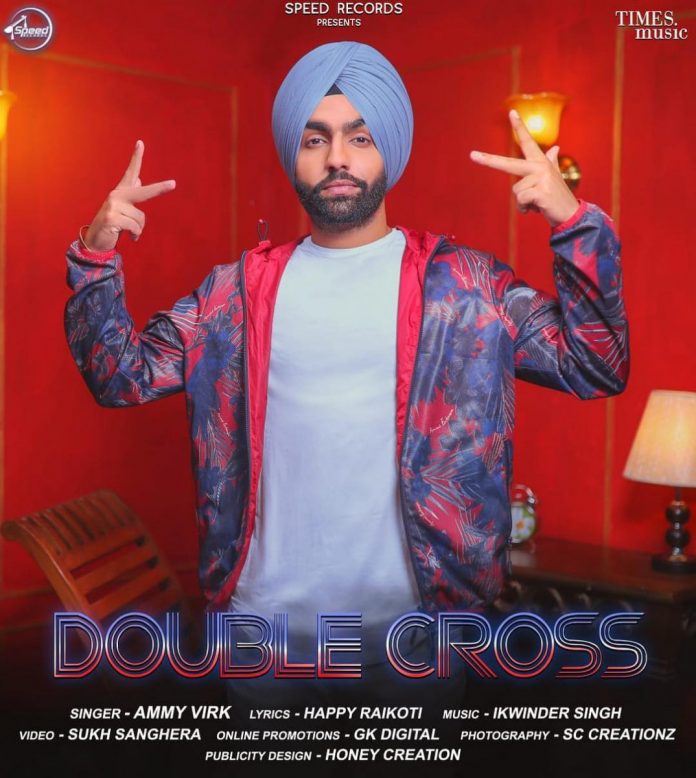 After the success of ‘Background’, Ammy Virk shared that he will be releasing another track. The Punjabi singer has had a busy year after the release of his movies, ‘Laung Laachi’, ‘Harjeeta’ and ‘Qismat’, an album and singing a few songs for various movies.

‘Double Cross’ is finally here, and is even better than his previous. He took to his social media to announce the release of the track.

The song has been written by Happy Raikoti, and the music has been produced by Ikhwinder Singh. The well shot video has been directed by Sukh Sanghera, and has been filmed in Canada. The simple yet fun video will have you hooked from start to end.

Check out ‘Double Cross’ below and on BritAsia TV.