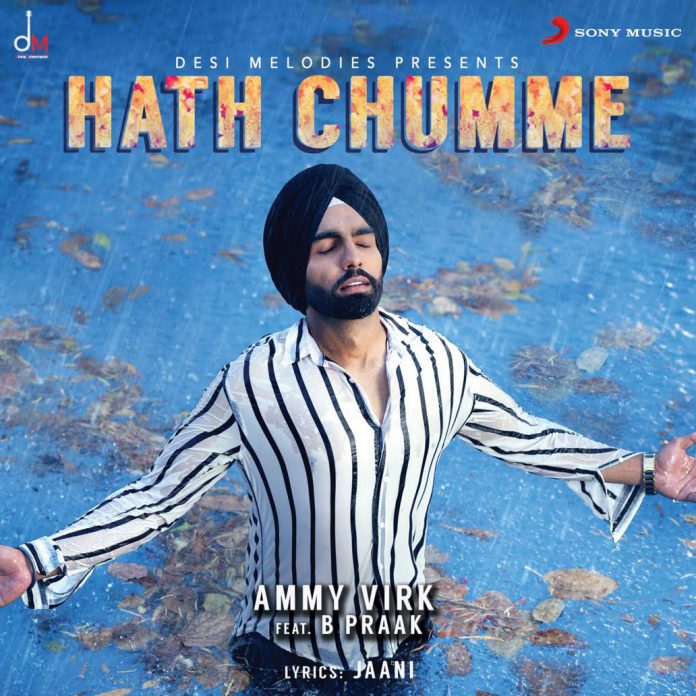 Ammy Virk is back on the music scene and has teamed up with the famous duo Jaani and B Praak for their latest song ‘Hath Chumme’, which has been released by the duo’s very own record label – Desi Melodies.

‘Huth Chumme’ has become one of the most awaited tracks of the year, and fans have already seen numerous glimpses of the upcoming track on posters and teasers. The teaser had a lot of love by Punjabi music lovers and created a bigger buzz around the release of the track.

After their success with ‘Qismat’, lyrist Jaani and music producer B Praak have worked their magic with the latest track, and Ammy’s voice gives it that final touch. Director Arvindr Khair has not disappointed with the music video, and has created a great storyline of betrayal, which keeps the audience captivated as we follow Ammy’s journey.

The song is all about loving someone and receiving disloyalty in return, and this song will strike a chord with the listener. We’re sure this track will be just as successful as ‘Qismat’ and the famous duo have many more tracks in the pipeline.

Check out ‘Hath Chumme’ by Ammy Virk below.