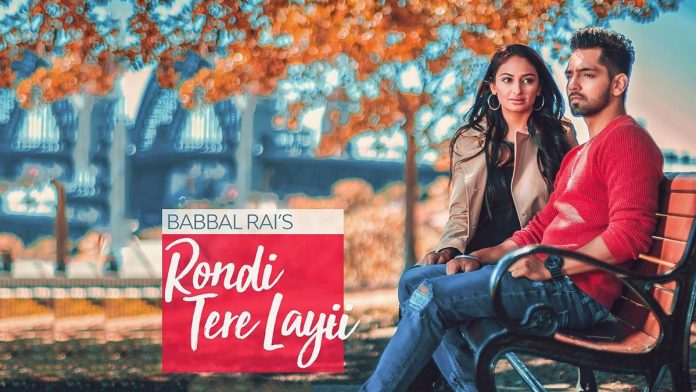 Punjabi singer Babbal Rai is back with his latest track Rondi Tere Layi.

Full video of RONDI TERE LAYII is out now . Go n check n tag someone you want to 🙂 #ronditerelayiihttps://t.co/jOg1YEpW7q

The track has been written and produced by Preet Hundal, and the music video has been directed by Pav Dharia.

The music video for Rondi Tere Layi, has already reached over 3 million views on YouTube, and looks to set in the footsteps of Babbal’s previous track ‘Dreamboy’.