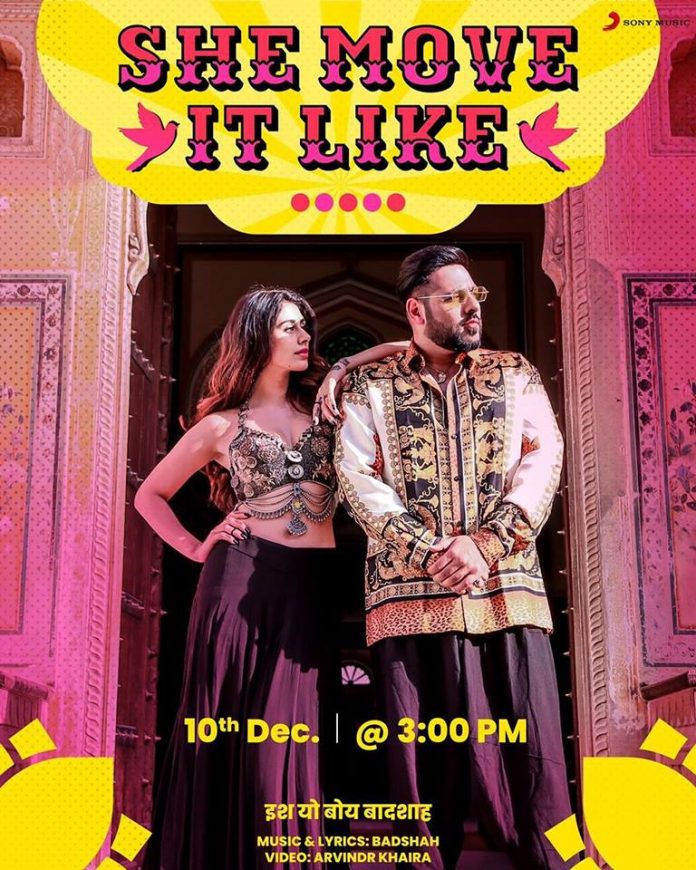 Indian rapper Badshah has released his latest track titled ‘She Movie It Like’.

Badshah has had a strong year after releasing his album ‘ONE’ and making his singing debut in ‘Tareefan’ for the Bollywood movie ‘Veere Di Wedding’.

The Punjabi singer and rapper has been behind some of the biggest songs such as DJ Waley Babu, Mercy, Kar Gayi Chull and many more. He’s known for working closely with Aastha Gill, who released her debut track ‘Buzz’ earlier this year.

Now, Badshah is back with another track to finish the year with a bang:

‘She Movie It Like’ is off his album ‘ONE’, and is a song you will be wanting to play on repeat. The music video has been shot in a desert in Rajasthan. It features Warina Hussain, who made her big screen debut this year in ‘LoveYatri’ opposite Salman Khan’s brother in law Aayush Sharma.

Popular music video director Avrindr Khaira has shot the music video, and the music has been done by Badshah himself. Check out ‘She Move It Like’ below.