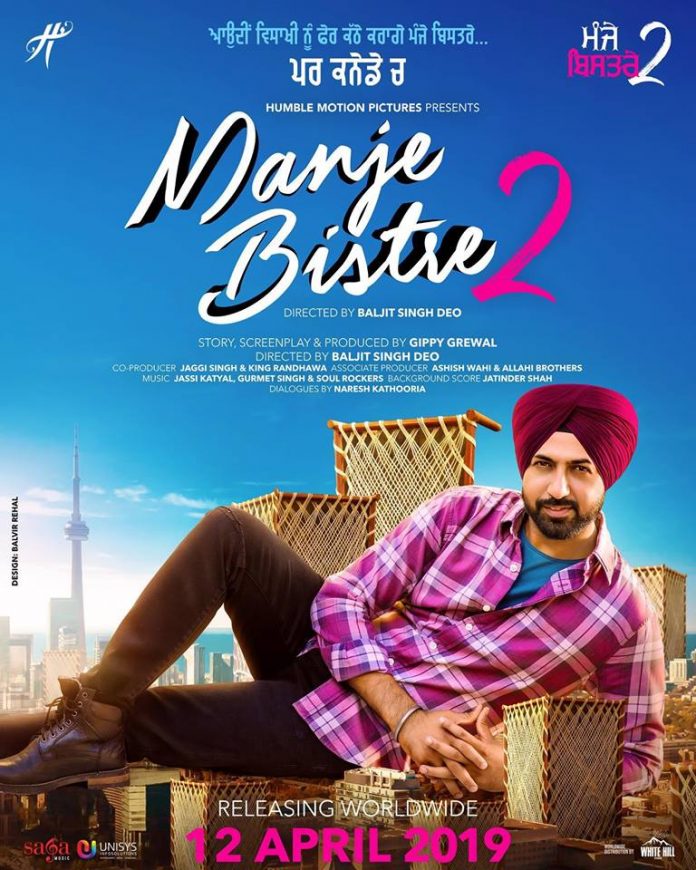 The makers behind the upcoming Punjabi movie ‘Manje Bistre 2’ have released another track titled ‘Boliyan’ from the flick.

Following on from the release of ‘Current’ and ‘Zubaan’, the makers have treated the audience to another Bhangra banger, and will make you want to jump out your seats instantly.

The track has been sung by Punjabi Film Awards winner of ‘Best Female Playback Singer’, Mannat Noor, and lead actor Gippy Grewal. It’s sure to be a wedding staple track, and we see the whole cast together celebrating with one another,