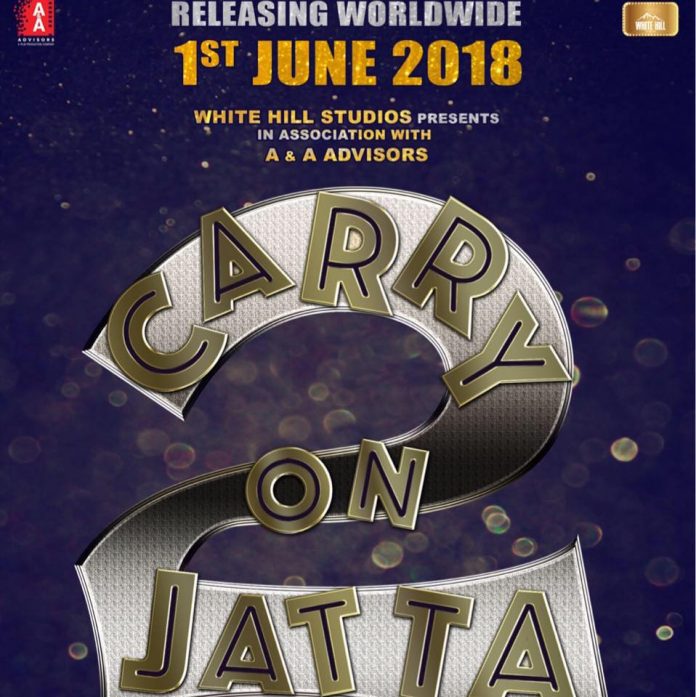 The makers of the most eagerly anticipated Punjabi comedy movie ‘Carry on Jatta 2’ have released the title track from the movie.

Earlier this week, Punjabi actor and singer Gippy Grewal, and others from the cast took to their social media to share the official poster from the movie, that gave fans a first glimpse on what to expect from the sequel to ‘Carry on Jatta’.

The video for the song gives fans a closer look, where we can see the fun and madness from the cast and is sure to bring more excitement amongst the audiences.

The track has been composed by Jay K, who has produced music for Punjabi movies such as, Jatt & Juliet 2, Mr. & Mrs. 420 and many more. Carry on Jatta 2 has been sang by lead actor Gippy Grewal, and the song has been written by Happy Raikoti.

In the video, we see the characters dressed glamorously, and gives us an indication that the sequel will be even more funny and crazy than the first movie. The stars are jumping and dancing to the song, with the same dialogue, that fans may remember from the first movie.

The film is due to be released in the cinemas 1st June.

Check out the title track from ‘Carry On Jatta 2’ below.