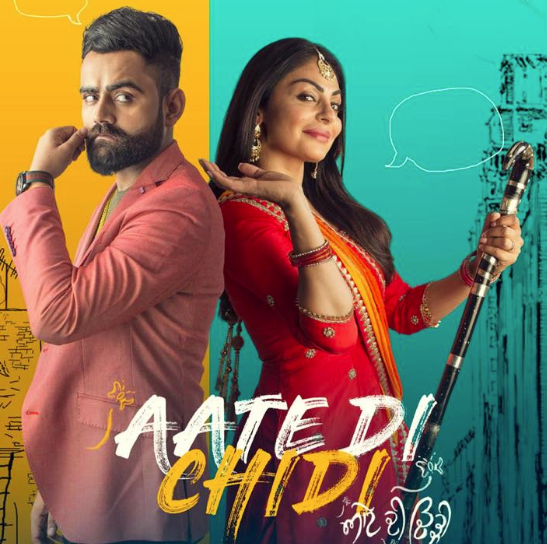 The makers behind the movie ‘Aate Di Chidi’ have released another track from the flick after its successful release.

The movie starring Amrit Maan and Neeru Bajwa was released in cinemas on October 17th, and was greeted with warm responses and did well in the box office. The flick had a great soundtrack with music from Amrit Maan, Karamjit Anmol, Ammy Virk and many others.

Now, another song from the soundtrack has been released titled, Dharti Punjab Di. The track has been sung by Karamjit Anmol, and has a message that is sure to touch hearts. It brings forward some of the issues in present day Punjab, and at the same time showcases the determination of the lead characters.

The track features all the cast including Gurpreet Ghuggi, Karamjit Anmol, BN Sharma, Sardar Sohi and many other well-known Punjabi actors.

‘Aate Di Chidi’ is a movie based on showcasing some of the serious issues in Punjab but portraying them in a light-hearted way.