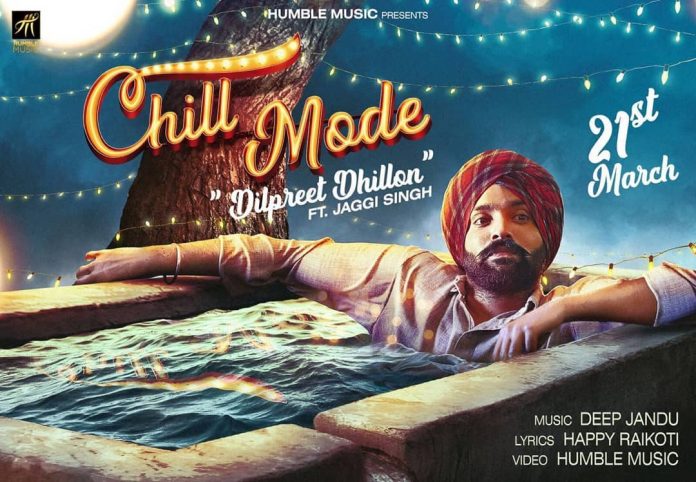 Punjabi singer Dilpreet Dhillon is back with his second song of the year titled Chill Mode, after the release of his track ‘Pre-Wedding’, that was full of romance and love featuring his newly wed wife.

We saw his release of ‘Pre-Wedding’ in January, which was a romantic love song dedicated to his wife. After winning over more fans with the track, he’s back with another genre for his song Chill Mode.

The lyrics have been written by Happy Raikoti, and the music has been produced by Indian producer Deep Jandu. The song also features Jaggi Singh and Bhana La.

In the video, we see Dilpreet’s fun side, where he’s drinking with his friends and is relaxing, and is definitely in ‘Chill Mode’.

The track has been released under Gippy Grewal’s company ‘Humble Music’, which is Dilpreet’s first project with them.