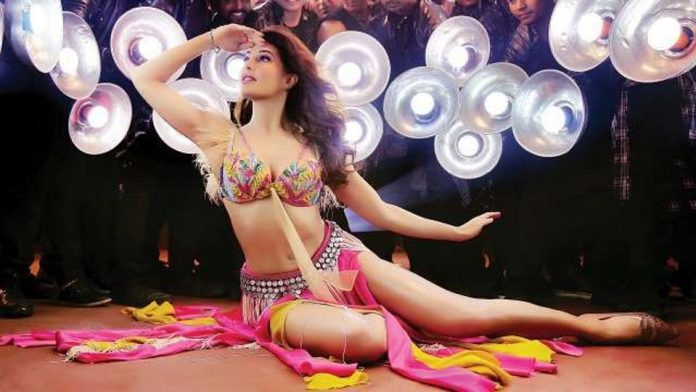 Ek Do Teen is the latest song to be released from the upcoming Bollywood movie ‘Baaghi 2’ starring Jacqueline Fernandez.

Last week, the teaser for the latest song was released and fans went crazy when they saw that Jacqueline Fernandez would be stepping into Madhuri Dixit’s shoes, with the remake of ‘Ek Do Teen’.

The song is one of the most classic dance numbers of Bollywood, and the choreography of it must have been challenging for the Bollywood star. However, the actress has delivered beautifully and justifies the whole performance.

It has a modern day twist, and audiences will not be disappointed by the talented actress’ dance moves.

The makers of the song have kept the original hook of the song, with the rest of it being recreated by Sandeep Shirodkar.

Jacqueline told The Indian Express: “I know I would never be able to match up to Madhuri Dixit, that’s not something that I’m even going to attempt. You cannot replicate someone like Madhuri Dixit, as there is only one Madhuri Dixit. I know that this is just my tribute to her.”

Baaghi 2 is set to release in cinemas 30th March.

Check out Ek Do Teen from the upcoming Bollywood movie Baaghi 2 below.