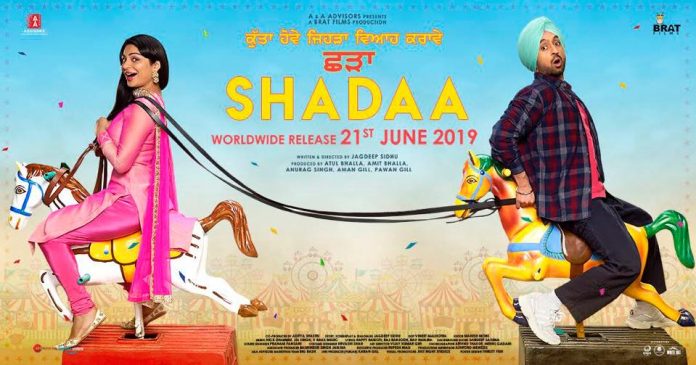 The makers behind the upcoming Punjabi movie ‘Shadaa’ have released the fourth track from the flick titled ‘Expensive’.

The movie’s release is fast approaching, and from everything that has been released already – the flick looks like it could be breaking some box office hits!

Now, to keep the audiences engaged, they have released the quirky track ‘Expensive’.

This is another romantic track from the flick after ‘Mehndi’, but has that cheeky element to it. Diljit has sung the song himself, while romancing his love interest Neeru Bajwa.

It has been shot in the beautiful city of Jaipur, as we follow Diljit and Neeru checking out the stunning pink town. It makes a refreshing change, and is great to see another part in India showcased in the movie.