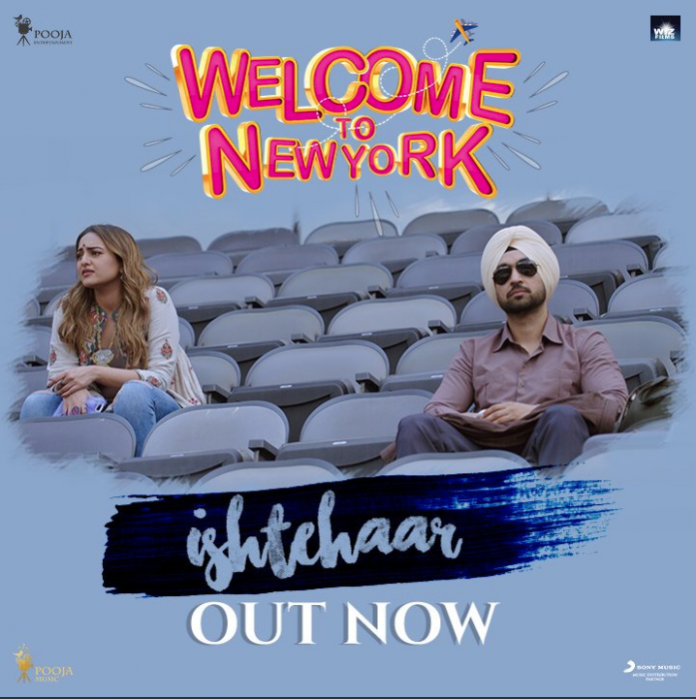 A new song has been released from the upcoming movie ‘Welcome to New York’, starring Diljit Dosanjh and Sonakshi Sinha, titled Ishtehaar.

Punjabi superstar Diljit Dosanjh took to his social media to show off the song, and said, “A song that will connect your heart”.

The latest movie may be a comedy, but this latest release is a heartfelt track, which has been sang by the legendary, Rahet Fateh Ali Khan, who adds soul into the song.

Welcome To New York’ is a heartfelt, rib-tickling comedy that tells the story of two unlikely youngsters living in India in search of a better life for themselves. An unexpected trip to New York City sets them off on a comedic adventure that changes their lives forever. The film is directed by Chakri Toleti.

Check out Ishtehaar from ‘Welcome to New York’ below.