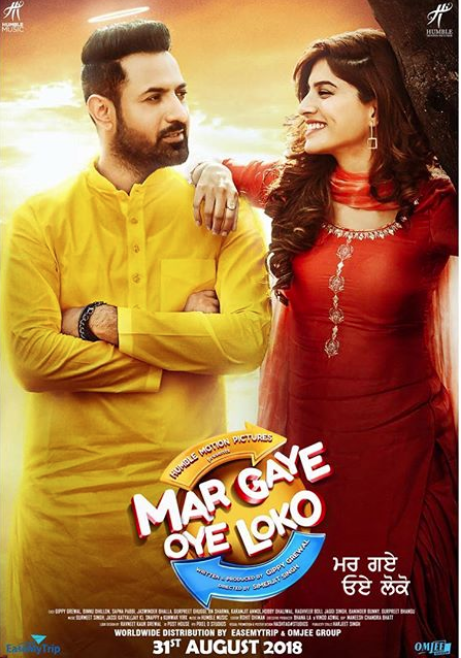 ‘Fuel’ is the latest song to be released from the upcoming movie, ‘Mar Gaye Oye Loko’ starring Gippy Grewal and Binnu Dhillon.

The makers of the anticipated movie released the trailer a couple days back and drew attention from fans across the world with its comedy story-line, humorous dialogue and unique concept.

Two songs, ‘Aaja ni Aaja’, sung by Guru Randhawa, and the title track sung by legend Malkit Singh with Gippy Grewal, have been released from the movie, which have thrown fans into a frenzy and making excitement over the release of the movie.

Adding to the eagerness is ‘Fuel’, which adds more romance into the movie as it is about expressing your love to your crush in a special way. Lead actor Gippy Grewal has sung the song, and Snappy has created the desi beats. Punjabi lyricist Rav Hanjra has penned the lyrics for the track.

The film features some of the biggest actors from the Punjabi movie industry such as Gippy Grewal, Binnu Dhillon, Sapna Pabbi, Gurpreet Ghuggi and many more.