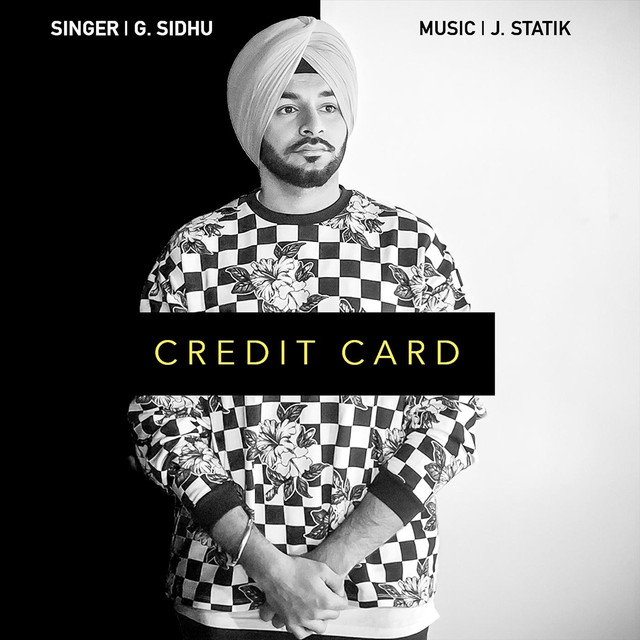 Punjabi singer G Sidhu is back with another track off his upcoming album ‘Pehli Tape’ titled, Credit Card.

The singer had been dropping hints to his fans on his social media, with different posts to try and guess the name of his latest song and then finally unveiling with a post on why he chose the title ‘Credit Card‘.

So I was on a cabin trip with some friends this January, and there was this idea for a song in my head but I did not know what words to deliver it with. All of a sudden, I hear this line “Shopping Kari Tu Billo Raj Raj Ke, Dena Hai Credit Card Tenu Main” as Mini Cooper by @ammyvirk was playing in the background . The word “Credit Card” stuck with me and I knew this was going to be the title for this particular song. Next weekend, I was in Canada and casually visiting J. Statik just to see how he’s doing, and within seconds we recorded this, following week final song, and by week 3, we shot the video. Even though it is Track 6 off my debut album Pehli Tape, Credit Card was the last track added on to it. I hope Credit Card will receive same amount of love from you guys, as you have in the past. 🎥: @directordice @jstatikmusic

G Sidhu shared that he was with some friends, when he heard an Ammy Virk tracking playing that mentioned a credit card. He goes on to say that ‘credit card’ stuck with him and knew it was going to be a title for his next track.

It’s track 6 off his debut album ‘Pehli Tape’, and the eagerly awaited track was praised by his fans.

The singer is growing with popularity with his previous releases ‘Candlelight’ and ‘Sat Sri Akal’ that have become crowd favourites at parties and weddings.

Check out Credit Card by G Sidhu below.