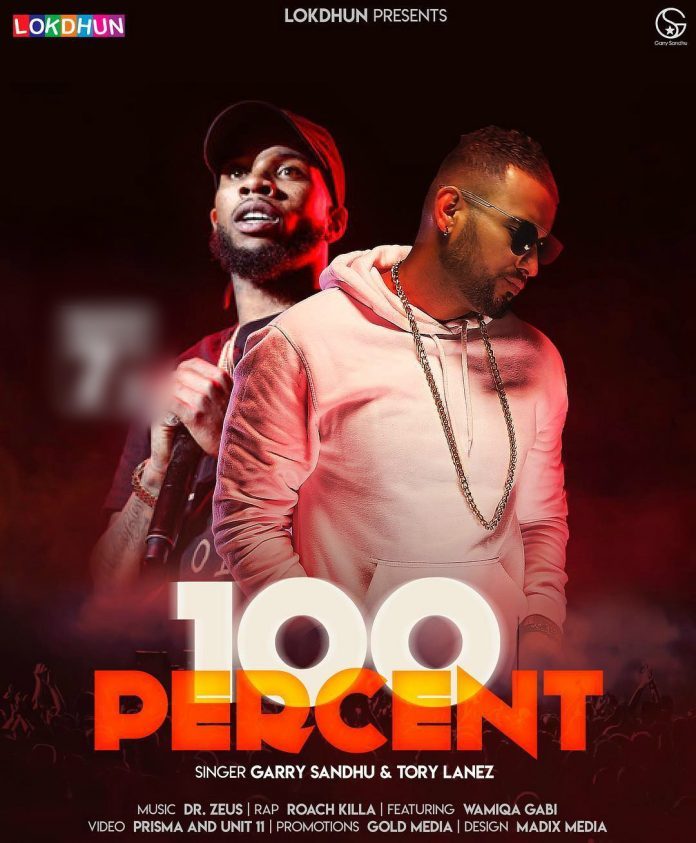 Garry Sandhu is known for always bringing a different style to his music, and he switches it up from time to time. After his hit ‘Illegal Weapon’ last year, featuring Canadian Punjabi singer Jasmine Sandlas, the singer has now partnered up with some of the biggest names in the Punjabi industry and mainstream industry.

100 Percent, has been produced by music maestro, Dr Zeus, and has Punjabi actress Wamiqa Gabbi, who starred in Nikka Zaildar 2 alongside Ammy Virk and Sonam Bajwa last year, in the music video.

Another great thing about this collaboration, is that it has RNB rapper Tory Lanez on the track, who has worked with the likes of Drake, Major Lazor, Future and many more artists. Tory Lanez has brought over his urban and hip-hop side to the track, and with the mixture of Punjabi it sets this song apart from the others.

British Asian rapper Roach Killa has also rapped on the track, giving the song an even bigger international reach, and shows the collaboration between the east and west.

100 Percent, has a gangster vibe in the music, which has become a trend in a lot of Punjabi music recently, with artists such as Sidhu Moose Wala using the style frequently.

The music video stars all the artists and Wamiqa across the world, and really is 100 percent.