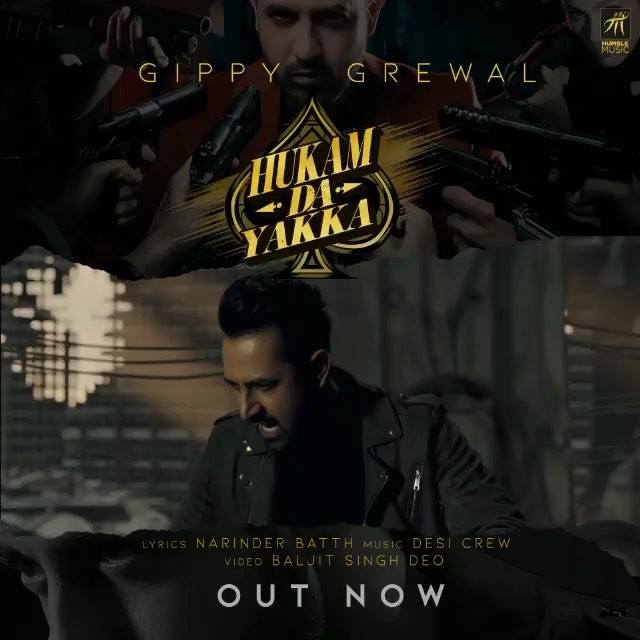 The ‘Mar Gaye Oye Loko’ actor has been really busy lately, promoting his movies and making announcements that he will be releasing even more flicks such as ‘Ardaas 2’ as well as 7 others in the next two years.

The singer and actor has even found time to release music of his own, and a couple of weeks ago he announced that he will be releasing ‘Hukam Da Yakka’. The song is now finally out, and is a Gippy Grewal song down to a T. Gippy has delivered this track in his own style, and will be a hit amongst his fans.

He has worked with Desi Crew for the first time, who have created the dark and moody music for the track, which fits well with Gippy’s vocals.

Of course, the music video has been shot by Baljit Singh Deo, who has worked with Gippy numerous times and is known for his movies such as ‘Subedar Joginder Singh’. It’s a dark video where we see Gippy sorting several trendy outfits, and looking every inch of gangster. In the video, we see him go from bad character to good as he saves the female from another gangster.

This isn’t the last we’ve heard from Gippy as he is already shooting back to back videos for songs, and is preparing for his upcoming movies, ‘Ardaas 2’ and ‘Manje Bistre 2’.

Bhangra Priyanca Kumari - 21st September 2020
0
Gippy Grewal has released the teaser for 'Ask Them' - which comes as a new song from his latest album 'The Main Man.' The song...
© BritAsia TV 2020 All rights reserved. Made By Gloss