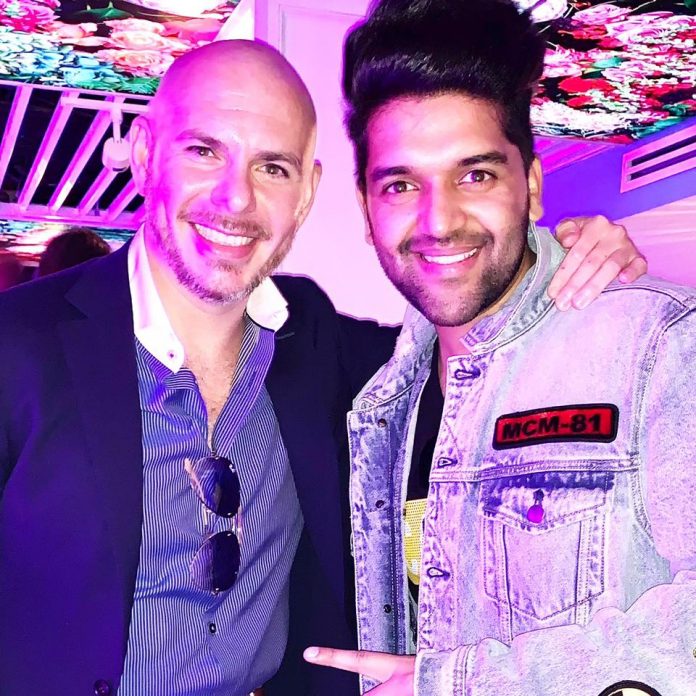 Since the announcement of the huge collaboration, fans have been eager to hear the massive hit by the two superstars.

9:30 AM IST Tomorrow “Slowly Slowly” will be yours. Let’s celebrate our journey of success and togetherness by spreading Slowly Slowly everywhere. Hope you all show your love like always. Regards Guru Randhawa

They have pulled out all the stops to ensure the song has the best video, which features stunning visuals of Miami. With party shots of the beach and the yachts, it is the ultimate party destination. Director Gifty, who has worked on many of Guru’s previous tracks, has directed this video and has delivered an exceptional visual.

The track has been produced by Vee, DJ Shadow, MKSHFT and Red Money. The combination of producers give the song a different vibe, and fans will be treated a to a musical experience. Guru’s Punjabi vocals and Pitbull’s Spanish vibe gives this track a worldwide appeal and will get you up and dancing to it no time.

‘Slowly Slowly’ became the most viewed song with 33 million hits on YouTube in 24 hours. It has no received over 61 million views, and is showing no signs of slowing down!

History has been created. MOST VIEWED SONG WITH 33 Million hits on YouTube in 24 hours. Number one in the world right now. SLOWLY SLOWLY is creating a buzz worldwide. THANKYOU for your love and support. @pitbull sir Bhushan sir @tseries.official Link in bio 🔥

Check out the track below!