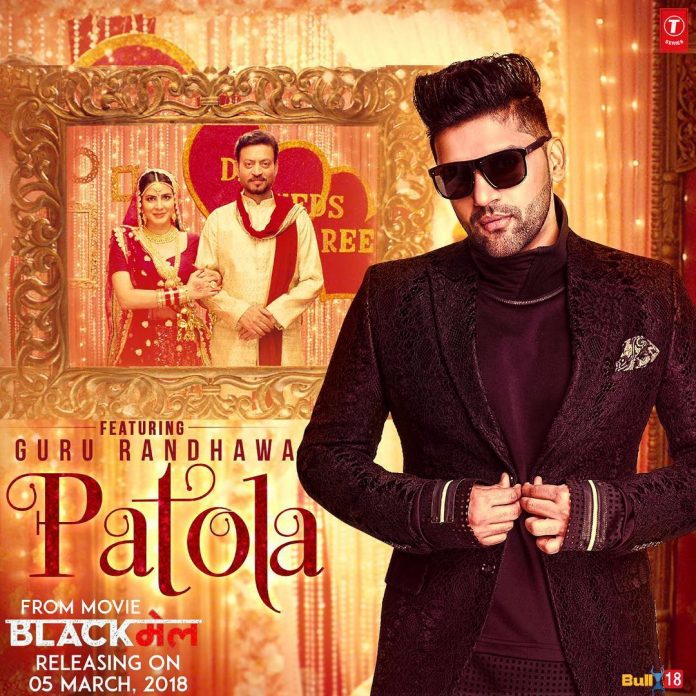 The singer first gave us a glimpse to the poster of the song on his Instagram account, and mentioned last week that he had a Holi surprise for his fans.

Patola from movie #Blackmail releasing on 5th March. I am featured in the video 🙏 @tseries.official Make some noise 👊 Happy Holi ❤️

Not only has Guru sang, composed and wrote the song, but also stars in the music video for the Bollywood movie.

Patola, the 2015 version, was produced by Preet Hundal, and also featured Bohemia in the video. The original hit racked up over 86 million views on YouTube.

The film has Irrfan Khan and Kirti Kulhari in lead roles along with Divya Dutta, Arunoday Singh.

Check out Guru Randhawa – Patola from the upcoming Bollywood movie ‘Blackmail’ below.