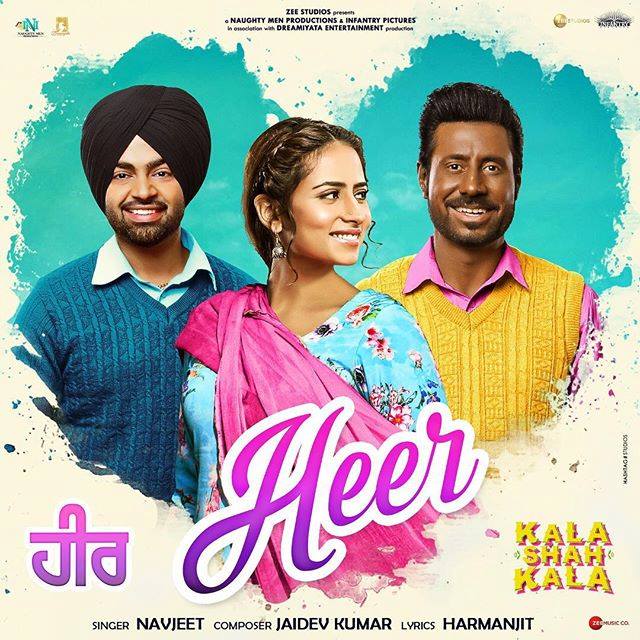 The makers behind the upcoming Punjabi movie ‘Kala Shah Kala’ have released the second track from the flick titled ‘Heer Nu Jawani’.

The romantic track has been released just in time for Valentine’s Day and will leave the audiences swooning. ‘Heer Nu Jawani’ is dedicated to Binnu’s leading lady Sargun Mehta, who plays the character ‘Pammi’.

We get a further glimpse into the budding relationship between Binnu Dhillon and Sargun Mehta, and the moments have been perfectly captured. The loving storyline makes this the perfect Valentines release, and will encourage audiences to watch the flick.