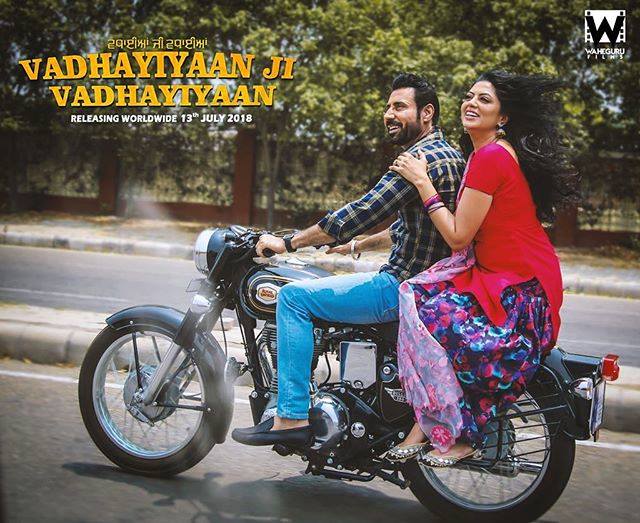 Heereyan Di Khaan is the latest song to be released from the upcoming movie ‘Vadhaiyaan ji Vadhaiyaan’ starring Binnu Dhillon and Kavita Kaushik.

After the release of ‘Akh Lad Gayi’, the makers of the movie have released another Bhangra track, which celebrates love in a different and colourful way. We see Binnu and Kavita dancing along to the Bhangra beats in a vibrant setting.

Punjabi singer and actor Ammy Virk has sung the up tempo track, and the lyrics have been written by well known lyricist Happy Raikti. Jatinder Shah has composed the melodious music that will have you dancing along instantly.

‘Vadhayiyaan Ji Vadhayiyaan’ is a Punjabi comedy movie based on Binnu Dhillon who is looking for the love of his life. It features a strong cast with many well-known faces from the Punjabi film industry. The film is set to release on the 13th July, and will create a laughing frenzy.