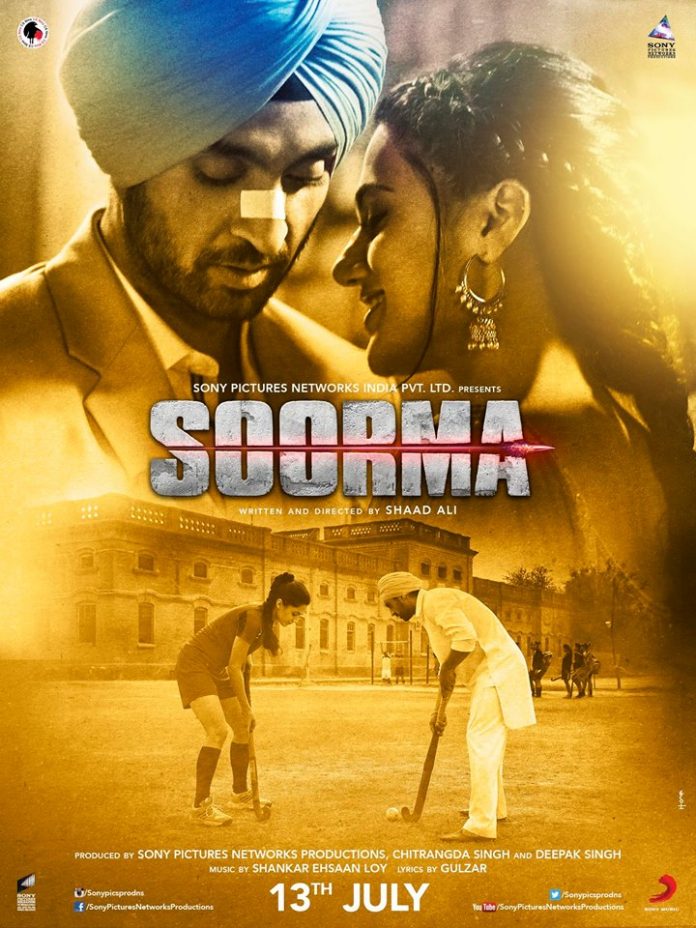 Ishq Di Baajiyaan is the first song to be released from the upcoming Hockey based Bollywood movie ‘Soorma’ starring Diljit Dosanjh and Tapasee Pannu.

Punjabi superstar Diljit Dosanjh, who is portraying ex Indian hockey captain Sandeep Singh, has sung the beautiful song for the film. It’s a romantic track that will have you falling in love with Diljit’s voice.

In the video for ‘Ishq Di Baajiyaan’, we see the sizzling chemistry between Diljit and Taapsee as they play hockey together. The two actors both play their characters extremely well, and will have the audience roped in to their storyline.

The lyrics for the soulful song has been written by Gulzar and the music has been composed by Ehsaan Loy.

Speaking about the song, Diljit said: “I am really thankful to Shaad Ali for this opportunity to sing in this film. I recently did a show with Shankar ji and I used to hear a lot his songs that he has composed in the past.

Through this film, meeting Gulzar sahab was a great thing for me because I never had any contacts to get through him. To sing a song which is written by Gulzar and music of Shankar Ehsaan Loy is a big thing for me.”

Whilst we patiently wait for the movie’s release on the 13th July, fans can enjoy ‘Ishq Di Baajiyaan’ below.