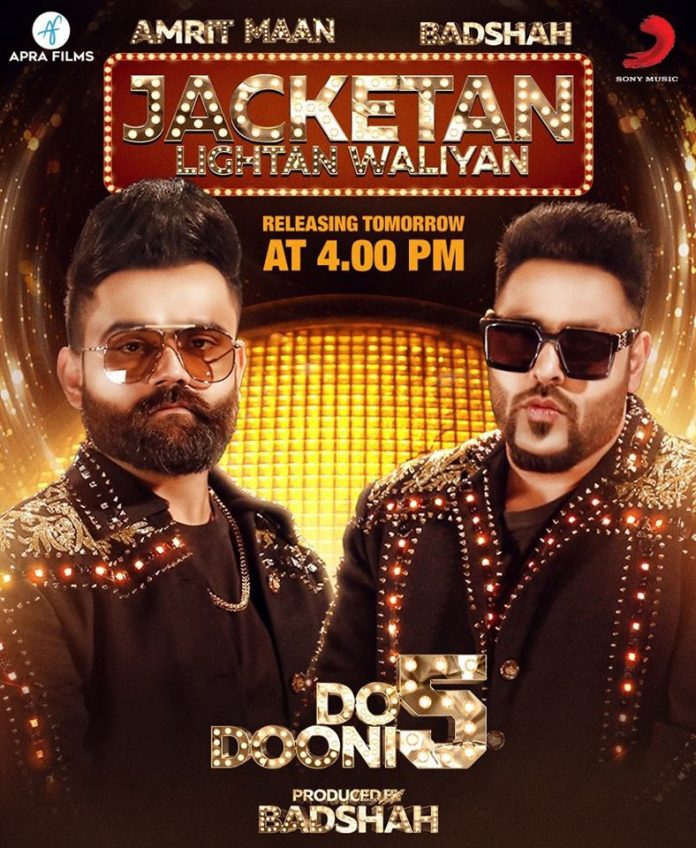 The makers behind the upcoming Punjabi movie ‘Do Dooni Panj’ have released the first track from the sound track titled, Jacketan Lightan Waliyan.

India’s biggest rapper Badshah has backed the upcoming flick, and is looking to bring a new concept to the Punjabi film industry. Now, he has teamed up with Punjabi singer and actor Amrit Maan for the first track from the soundtrack.

A couple of days ago, the highly anticipated trailer was released and received a great response from the Punjabi film industry.

‘Jacketan Lightan Waliyan’ has been sung by Indian rapper Badshah and lead actor Amrit Maan. This is the first time the pair have collaborated, and they do not disappoint. The lyrics have been written by the pair and the music has been produced Badshah.