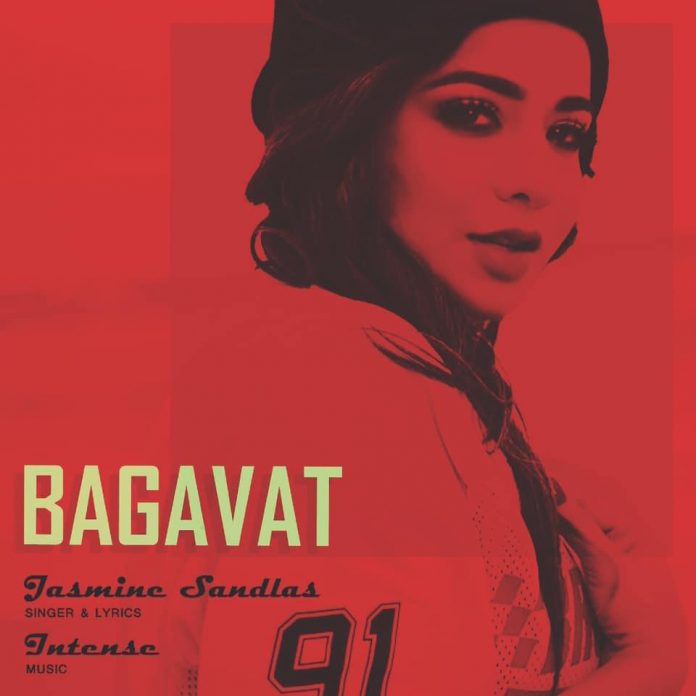 Punjabi singer Jasmine Sandlas has kicked off the year with her long-awaited release ‘Bagavat’.

After months of teasing her fans with the highly anticipated break up single, Jasmine Sandlas finally released the official video for ‘Bagavat’.

The ‘Gulabi Queen’ had a huge 2018 and dropped consistent hits such as ‘Sip Sip’ and ‘Patt Lai Gaya’. She then announced ‘Bagavat’ which caused her fans to go into a frenzy. Even though fans heard the track last year, as Jasmine performed it at many shows, it still didn’t have an official release date.

Today, she finally shared the video on her official YouTube channel:

The track is everything we can expect from the ‘Illegal Weapon’ singer. It reflects her personality and her creativeness. The picturesque video was shot in Australia, and features stunning views of the coast and surrounding areas.

Jasmine has also sung in Hindi for the track, which shows off her versatility in her music and looks like it will expand her fan base. The music has been produced by Intense, who previously worked on ‘Illegal Weapon’ with Jasmine and Garry Sandhu. Hopefully, this is the start of many more songs from the Punjabi singer!