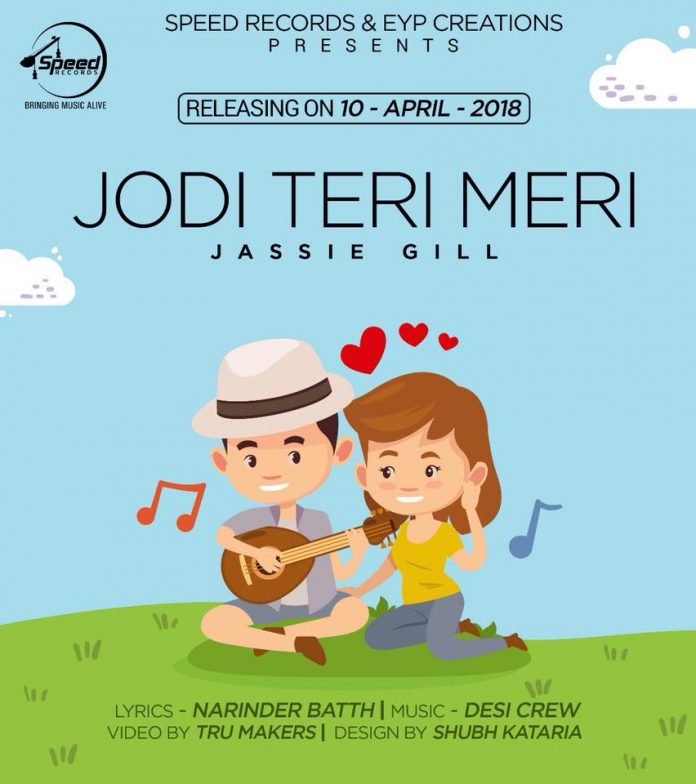 The singer teased his fans by posting a picture of the poster on his social media channels last week, where we saw that the lyrics had been written by Narinder Batth and the music has been composted by Desi Crew.

It’s a romantic song and the couple’s chemistry in the video will make you fall in love with it instantly.

Jassie has been releasing consistent hits, and there is no doubt that this will go down a treat with his fans.

Not only is he a successful singer, but we can also see Jassie in a lot of acting roles where he made his debut acting role with Mr&Mrs 420, and his rom com ‘Mundeyan Toh Bachke Rahin’, was successful in the cinemas.

Check out Jodi Teri Meri by Jassie Gill below.