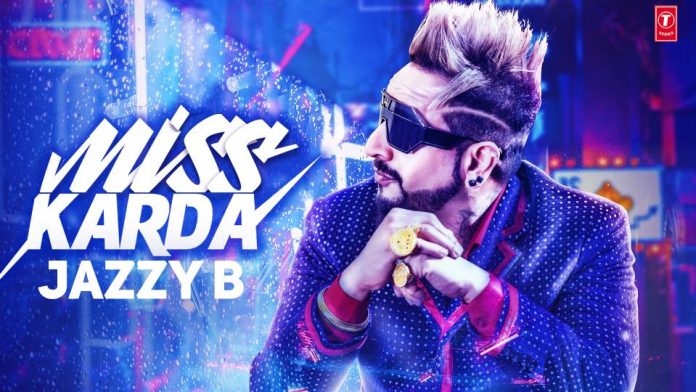 ‘The Crown Prince of Bhangra’, Jazzy B has released his latest track titled, Miss Karda.

Jazzy B is known for his eccentric looks and his distinct voice. He has been in the music scene for more than 20 years, and has been entertaining his fans with an array of music over the years. Now, the ‘One Million’ singer is back with another powerful track.

In the music video for ‘Miss Karda’, Jazzy B plays a bad guy who is presented in front of a judge with handcuffs for making fake marriage promises to girls. On the contrary, Jazzy’s lovers beg for Jazzy to be set free.

The music video has been shot by Kuran Dhillon, who has captured the visuals beautifully and gives the video a different look to other Bhangra music videos. The music has been produced by Kuwar Virk and has also been written by the music director himself.

The track captures everything from a love story to Jazzy’s style, to stunning editing visuals. It’s another Jazzy B song that will be remembered.

Check it out below and on BritAsia TV.