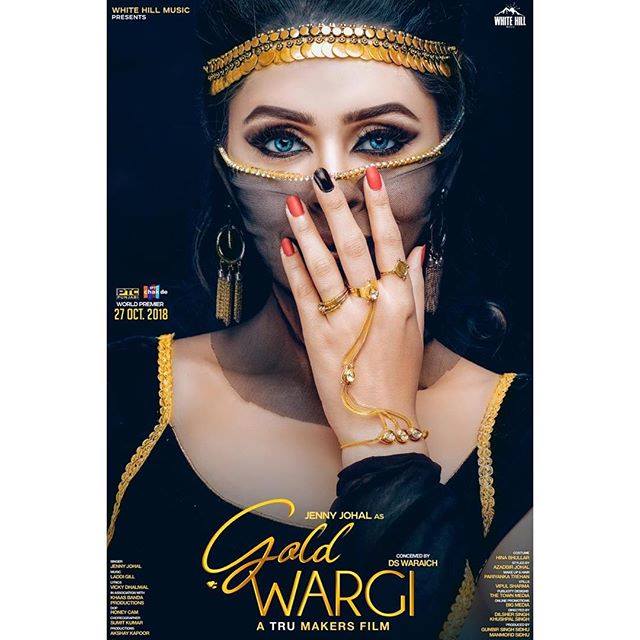 A few week ago, Jenny shared the news of her upcoming track to the delight of her fans, and then gave them a teaser of what to expect in the music video. Now, she has released the full song and fans can expect something different from the ‘Narma’ singer.

‘Gold Wargi’ is a very Arabian inspired track with Arabic fused beats accompanied by impressive Punjabi vocals from Jenny. The music for the track has been produced by Laddi Gil, and the lyrics have been written by Vicky Dhaliwal.

She reflects the tone of the track in her music video, where we see her donning a traditional Arabian outfit, dancing in the middle of the desert.