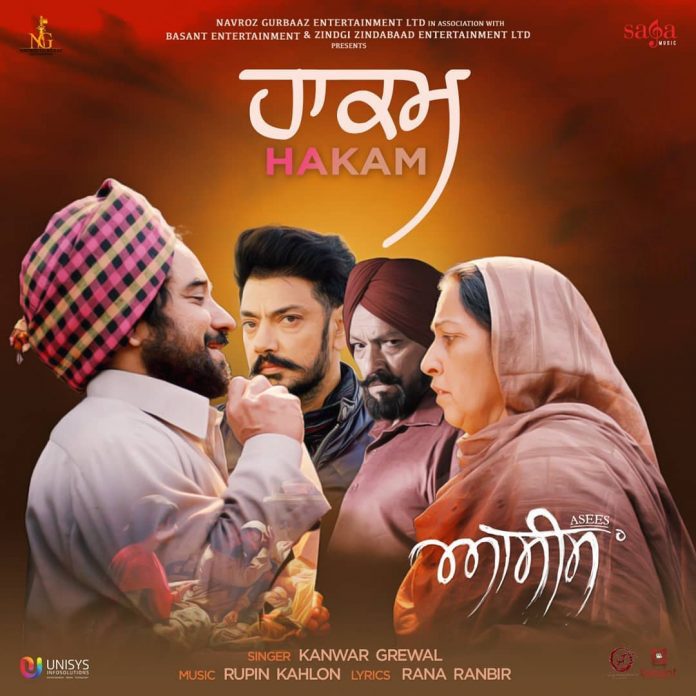 Punjabi and Sufi singer Kanwar Grewal is back with his latest song titled, Hakam.

The singer has lent his vocals to the song, which will be featured in the upcoming Punjabi movie ’Asees’, and is due to be released on the 22nd June.

In the music video for ‘Hakam’, we see the fierce character of Rana Ranbir who is fighting for his rights. The song also represents that there should be a true judgement for every individual. Kanwir has given the song a powerful stance, and is sings the song beautifully.

The movie is about a powerful bond of love between mother and son. The film stars Rupinder Ruppi, Rana Ranbir, Neha Pawar, Kulwinder Singh Sidhu and Sardar Sohi.

Check out the ‘Hakam’ by Kanwar Grewal below.