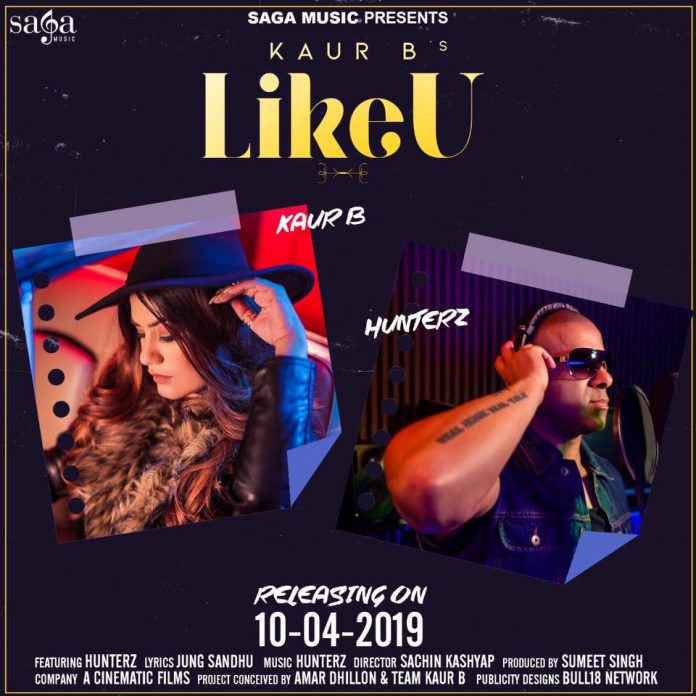 Following on from the success of her previous track ‘Jatt Da Flag’, with Jazzy B and Tru Skool, she has teamed up once again with another UK producer. For ‘Like U’, she has collaborated with producer Hunterz.

She announced the track earlier this week by sharing the poster on her official Instagram page:

After sharing various teasers, the track finally dropped yesterday and it’s not we normally expect from Kaur B. ‘Like U’ is very Indian pop, and with the style of music Hunterz has produced, it has the potential to be a hit worldwide.

In other news, Kaur B has also recently worked with Punjabi singer Garry Sandhu. The two of them will be releasing ‘Doabey Wala’ very soon.