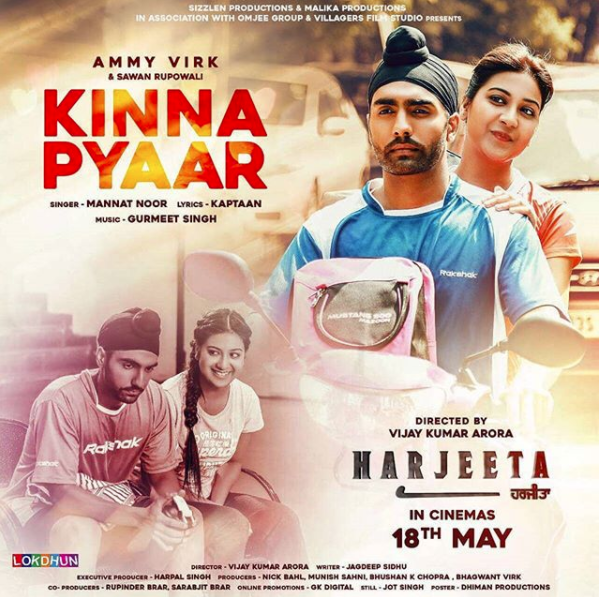 Kinna Pyaar is the latest song to be released from the upcoming movie ‘Harjeeta’ starring Ammy Virk and Sawan Rupowali.

In the video for the song, we see the budding romance between Ammy Virk and Sawan Rupowali’s characters, along with their passion for their national game, Hockey.

The beautiful song has been sung by Mannat Noor, and the music has been produced by Gurmeet Singh.

Harjeeta is a movie based on the story of Indian Hockey Player Harjeet Singh Tulli, and follows his journey from a small village boy to captaining the Indian Hockey team at 2016 Men’s Hockey Junior World Cup and winning the cup.

The makers of the movie finally released the trailer for the movie last week, that have fans even more excited for the eagerly anticipated movie.

Harjeeta is out in cinemas on the 18th May.

Check out Kinna Pyaar from the upcoming movie below.