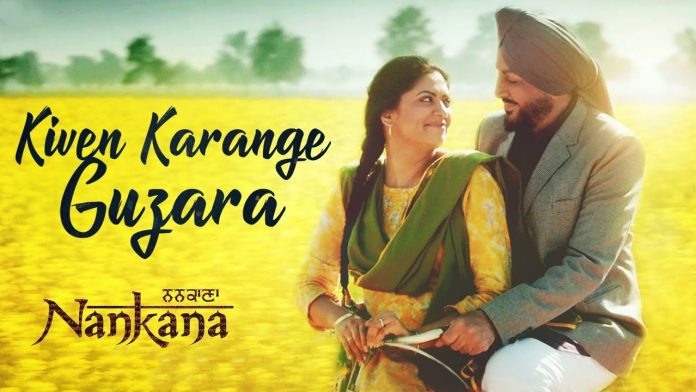 ‘Kiven Karange Guzara’ is the latest song to be released from the upcoming Punjabi movie ‘Nankana’ starring Gurdas Mann and Kavita Kaushik.

This is the second song to be released from the soundtrack, which has been composed by famous Indian director Jatinder Shah, who has worked on some of the biggest films such as Sajjan Singh Rangroot, Lahoriye, Nikka Zaildar and many more.

The latest release is a love melody which features the voice of legendary Punjabi singer Gurdas Mann, who has written the spell bounding track as well. The music is just as soothing as Mann’s voice, as Shah has created a calming tune in ‘Kiven Karange Guzara’, leaving you memorised.

In the video, it takes us back to the old villages of Punjab, showing the colour and beauty of the rural setting. It shows us the chemistry between Gurdas Mann and on-screen wife, Kavita Kaushik, whilst riding around on a bike in the colourful fields.

‘Nankana’ is due to be released in cinemas on the 56th July, and is a movie focused on the strong bond between a father and son. It’s a gripping period drama, and is another different approach to Punjabi cinema.