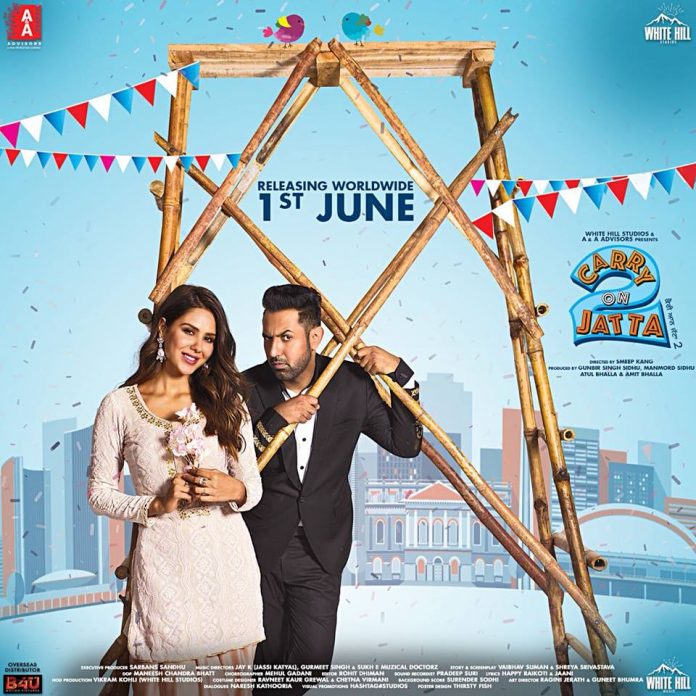 Kurta Chadra is the latest song to be released from the upcoming movie ‘Carry On Jatta 2’ starring Gippy Grewal and Sonam Bajwa.

The upcoming comedy has already released two songs from the movie, ‘Bhangra Pa Layie’ and the title track ‘Carry On Jatta 2’.

The lyrics for ‘Kurta Chadra’ have been written by one of Pollywood’s most known lyricists, Happy Raikoti. The star of the movie Gippy Grewal and singer of ‘Laung Laachi’ Mannat Noor have sang the vocals for the song. The Bhangra track has been composed by Gurmeet Singh.

Speaking about the track, Gippy Grewal said: “This is very different kind of music as it is very romantic, plus you can do the bhangra on the beats. It even has some folk touch.

Carry On Jatta also had a song of this feel ‘Phulkari’. But this one is more fun. I personally like duet numbers, because whenever you get a chance to collaborate with another singer you get to explore more with music. Although the whole album of Carry On Jatta 2 is very close to my heart this genre is my favourite.”

Carry On Jatta 2 is due to be released on the 1st June.

Check out Kurta Chadra from the upcoming movie below.