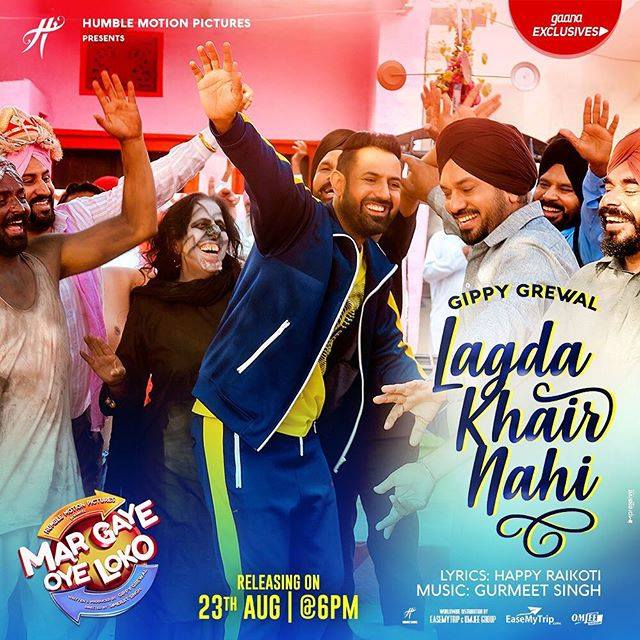 ‘Mar Gaye Oye Loko’ is one of the most anticipated comedy horror movies of the year, and is edging nearer to the cinema release.

The makers behind the movie have already released five songs from the movie, Aaja Ni Aaja by Guru Randhawa, the title track by Malkit Singh and Gippy Grewal, Mithade Bol by Karamjit Anmol, Fuel by Gippy Grewal and now ‘Lagda Khair’.

The latest track has been sung by lead actor Gippy Grewal and is another romantic number from the movie. The lyrics have been written by Happy Raikoti and the music has been produced by Gurmeet Singh.

In the music video, we get to see another glimpse of what to expect from the movie, and see Gippy Grewal swooning lead actress, Sapna Pabbi. Punjabi actor Gurpreet Ghuggi also features in the movie and we see him busting out some of his Bhangra moves.

‘Mar Gaye Oye Loko’ features some of the biggest actors from the Punjabi movie industry such as Gippy Grewal, Binnu Dhillon, Sapna Pabbi, Gurpreet Ghuggi and many more.