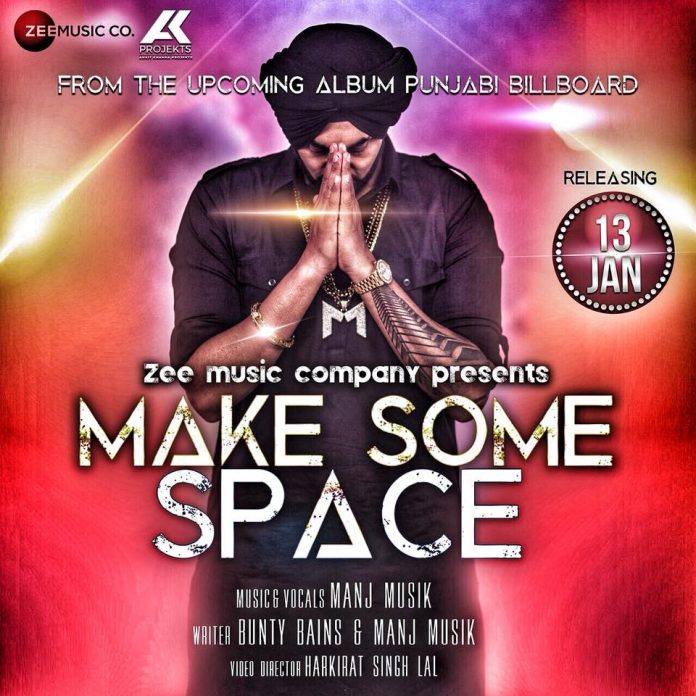 Punjabi singer Manj Musik is back with his latest track titled, Make Some Space.

Manj is kicking off the new year with this Bhangra track, that has also been produced by the singer himself.

We’re normally used to hearing more urban sounds from the singer, but in Make Some Space, Manj has gone for a traditional Bhangra sound.

The singer has gone for more of a traditional Bhangra sound, where normally we are used to hearing more urban tracks.

Last year, we saw Manj be part of some of the biggest tracks of the year such as ‘High Rated Gabru’ by Guru Randhawa, and we’re sure he will be bringing out even more big tunes this year.

Check out Make Some Space by Manj Musik below.