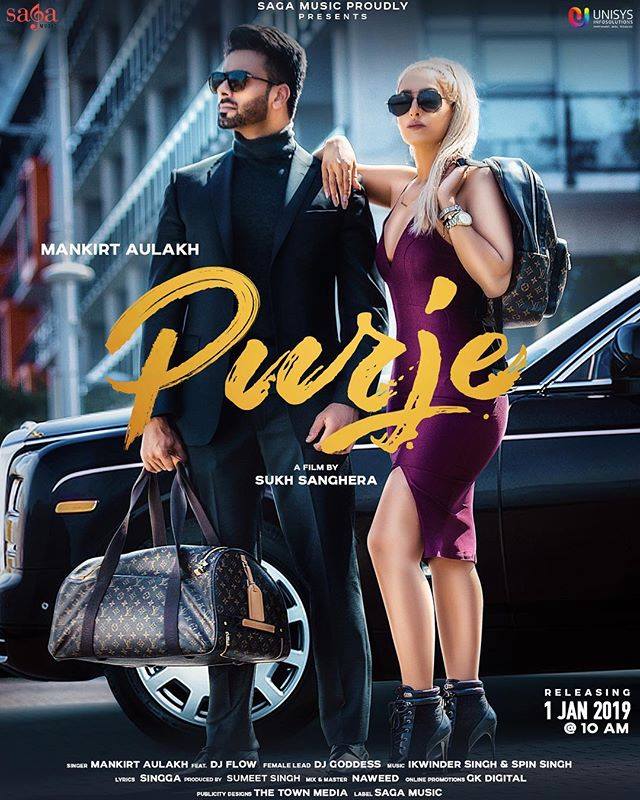 To start the year on a high, Punjabi singer Mankirt Aulakh has released his latest track titled ‘Purje’.

Mankirt Aulakh is one of the most popular Punjabi singers and in 2018 we heard a lot from the singer. He’s released tracks such as ‘Daru Band’, ‘Brotherhood’ and ‘Kamli’.

He revealed to his fans that he would be releasing a new track called ‘Purje’ by sharing the poster to his 2.9 Instagram followers:

Mankirt has explored with genres again, and this time he has returned to a ‘gangster’ theme track. The video for the track really portrays this as we see a lot of guns, cars and dark shades. DJ Goddess plays his love interest, and the couple’s journey together will keep you hooked.

The track has been written by Singga, and the music has been produced by Ikwinder Singh and Spin Singh.