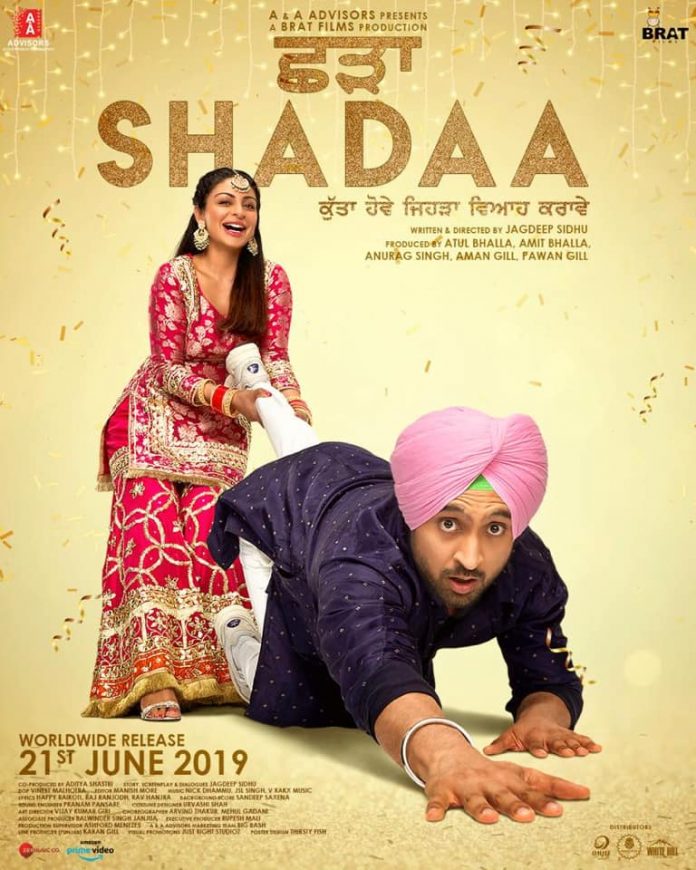 The makers behind the upcoming Punjabi movie ‘Shadaa’ have released the fifth track ‘Mehfil’ from the soundtrack.

With only a few more weeks left until the release of the Diljit Dosanjh and Neeru Bajwa starrer ‘Shadaa’, the makers are making sure they keep the public hooked. Following on from the release of ‘Expensive’, ‘Mehndi’, and ‘Tommy’, the ultimate dance track is here!

This quirky track is sure to get everyone up and dancing along whilst Diljit Dosanjh entertains Neeru.

The pair are seen in dazzling 70’s inspired outfits, as Diljit sings his heart out about his feelings towards the Canadian born actress. The soundtrack for the movie has so far been impressive, and each song has been an instant hit with fans around the world.

‘Shadaa’ will be based on Diljit Dosanjh’s character, and he is shown as an anti-marriage type of guy and doesn’t get why people get married. However, he stumbles across Neeru Bajwa who he instantly falls in love with. But she isn’t the typical Punjabi wife and holds no ‘wife’ qualities. The Shadaa (a man past the eligible age of marriage) now must decide if he wants to get married or remain an eternal bachelor!

The flick is set to hit cinemas on 21st June!