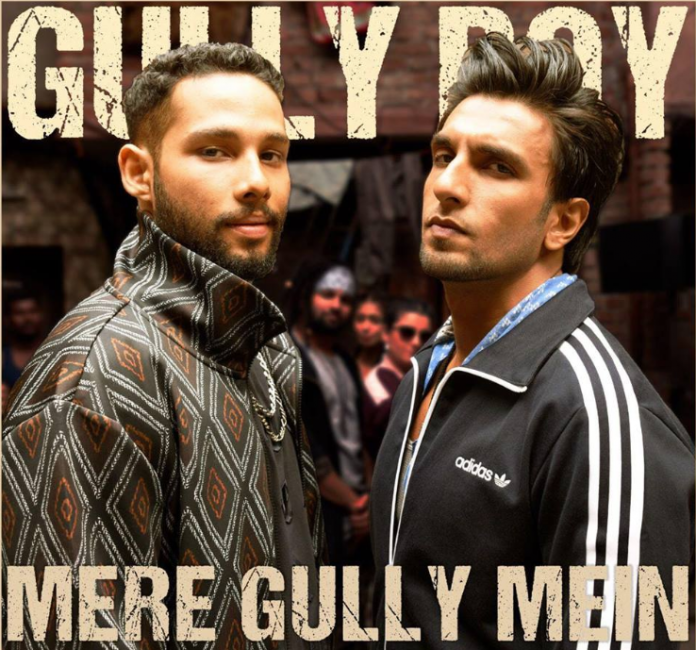 The makers behind the upcoming movie ‘Gully Boy’ have released the second track ‘Mere Gully Mein’ from the upcoming flick starring Ranveer Singh.

The countdown is well and truly on until the release of the Zoya Akhtar directorial ‘Gully Bolly’, and as each day passes it gains more momentum from fans around the world. The first track ‘Apna Time Aayega’ received a warm reception and lead actor Ranveer Singh was praised for his rapping.

To keep the buzz going on, the second track ‘Mere Gully Mein’ has been released.

Bollywood star Ranveer Singh has rapped again on this track, and features rappers Divine and Naezy. The rappers have also composed and written the rap, which sounds like a eulogy to the streets where they grew up.

In the video, we see the Ranveer Singh and Siddhant Chaturvedi (who plays Ranveer’s on screen mentor) filming a music video, which could mean his character finally gets to live his dream as a rapper.

‘Gully Boy’ is based partly on the lives of Mumbai rappers Divine and Naezy, and the city’s underground hip hop scene. Divine has worked on the music and lyrics for the track, with Ranveer showing off his impressive rap skills.

The flick is set to be released 14th February!