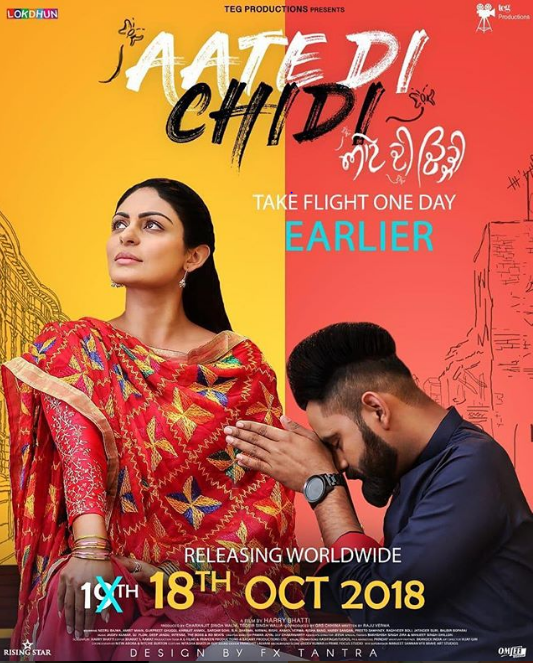 The makers behind the movie ‘Aate Di Chidi’ starring Amrit Mann and Neeru Bajwa, have released another song from the soundtrack titled, Mucch.

The latest song from the flick is a lively Bhangra number, which has been sung by fellow Punjabi actor Ammy Virk and Pollywood singer Inder Kaur. Not only have the sung the track, but also feature in the video.

The video is full of colour and is every inch Punjabi. We also see Ammy Virk pulling out his best Bhangra moves, that will make you want to dance along with the track.

The movie was set for release on October 19th but has been released a day earlier, to the surprise of fans across the world. ‘Aate Di Chidi’ stars Amrit Mann and Neeru Bajwa, and is set to be full of laughs.