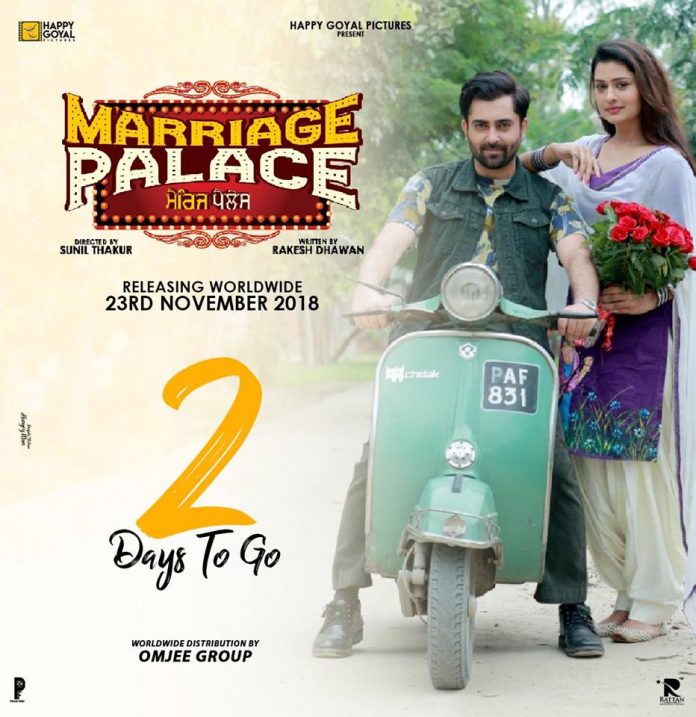 The makers behind the movie ‘Marriage Palace’ have released a third song from the movie titled, Munda Dil Da Ni Rich Milna.

With only two days left to go until the release of ‘Marriage Palace’, the makers have released another track from the soundtrack to keep the momentum building for the movie.

The track is a Punjabi pop number and has been sung by no other than lead actor Sharry Maan. He is the star of the movie so why not! The track has been produced by Cheetah, and the lyrics have been written by Vinder Nathu Majra, who also sings alongside Sharry on this track.

‘Marriage Palace’ is a romantic comedy, and will be hitting cinemas this Friday! Stars in the movie include Payal Rajput, B N Sharma, Jaswinder Bhalla, Nirmal Rishi and many others.