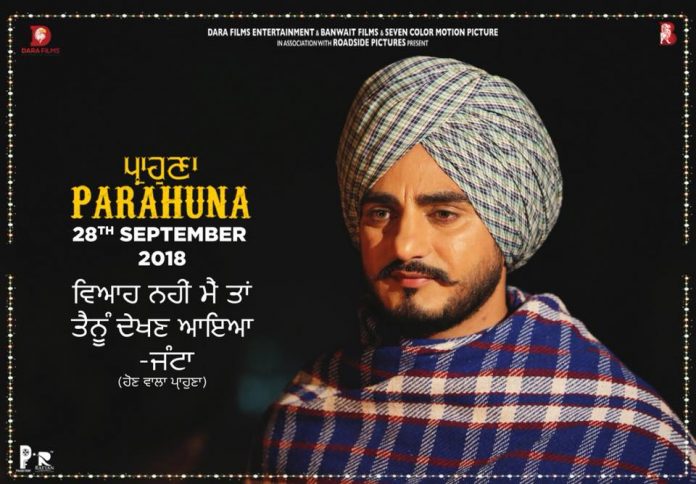 The title song of the upcoming movie ‘Parahuna’ has been released!

With powerful vocals from Nachhatar Gill, lyrics from Dharambir Bhangu and Mr Wow’s music production, the song is definitely a fun bhangra filled track. It’s the title track from Kulwinder Billa and Waqima Gabbi’s upcoming movie ‘Parahuna’ ahead of the movie’s release in just a few days on the 28th September.

The song is in the style of a proper Punjabi Bhangra track, comic and lighthearted with of course, a dash of romance. The accompanying music video shows family scenes that take place in the movie, where there is a wedding occuring. It acts as a kind of trailer for the movie and is perfect to give audiences an idea into the romantic-comedy.

Produced by Mohit Banwait and Mani Dhaliwal, the film will be releasing on the 28th September!