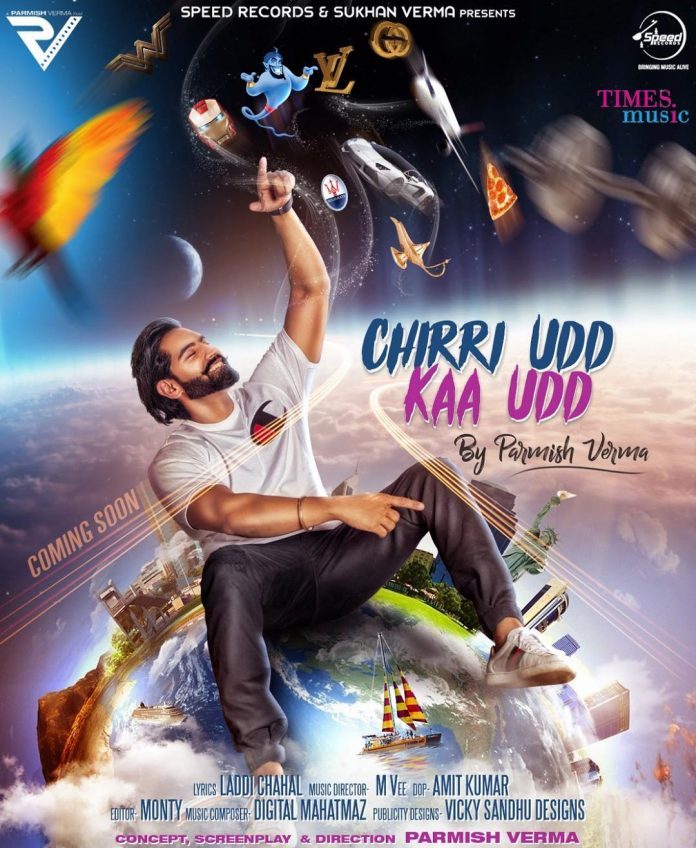 The singer and actor has been teasing his fans on his social media for a while, by sharing teasers of the track and posters until he finally unveiled it on Saturday.

The song is about what a common man dreams of, and we can hear Parmish talking about wishing to be rich and wanting to own every brand of clothes and cars.

The ‘Gaal Ni Kadni’ singer has already released a few track this year such as ‘Kache Pakke Yaar’, ‘Rondi’ and ‘Dol Wajeaand Shada’, and has now added ‘Chirri Udd Kaa Udd’ to his collection.

The track has been written by Laddi Chahal and the music has been produced by M Vee. The concept of the video has been done by none other than Parmish Verma.

In the video, we sere Parmish surrounded by designer clothes, the best cars and living in large houses, and showing him living his best life.

On the movie front, Parmish is set to star in a remake of Bollywood blockbuster ‘Singham’, which is based on true events titled ‘Zahoor’.