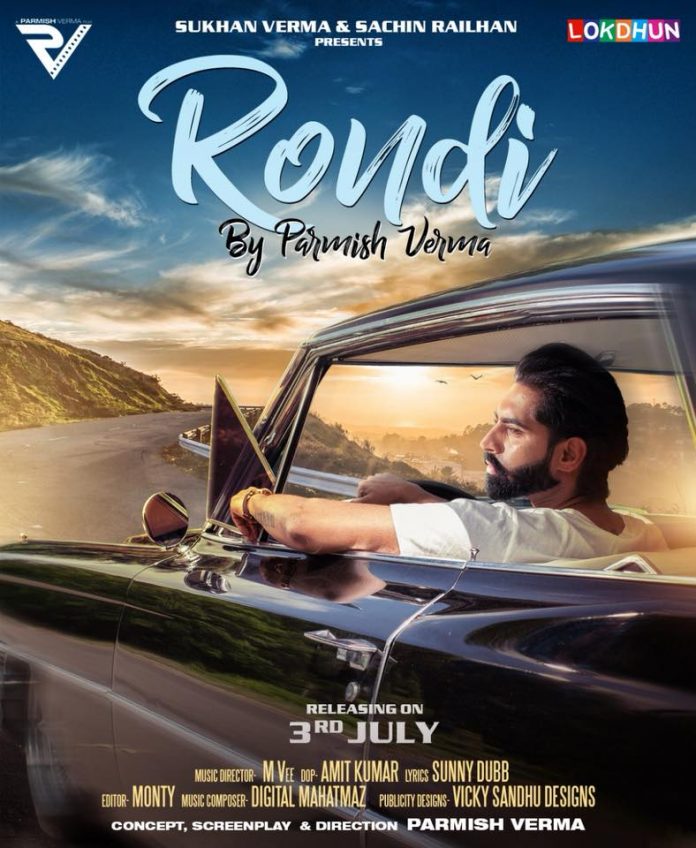 The singer releaed ‘Rondi’ on a very special day to him, and that day was his birthday. He has stepped away from the heavy Bhangra beat tracks and has released a soft slow ballad, to show his maturity.

It’s a beautiful track that has been written by Sunny Dubb, and the melodious music has been produced by M Vee. In the track, we see Parmish in a different light in the emotional sad song on how to deal with a broken heart.

In the beautifully shot video, we see a calm Parmish and is seen reflecting in various stunning locations in Toronto. Again, it’s a huge contrast to videos we have seen from the music director, and a more stripped back emotional side to him.

Check out ‘Rondi’ by Parmish Verma below.

The singer is also set to prepare to feature in the Punjabi remake of Ajay Devgan’s ‘Singham’, where Parmish will be playing the lead.