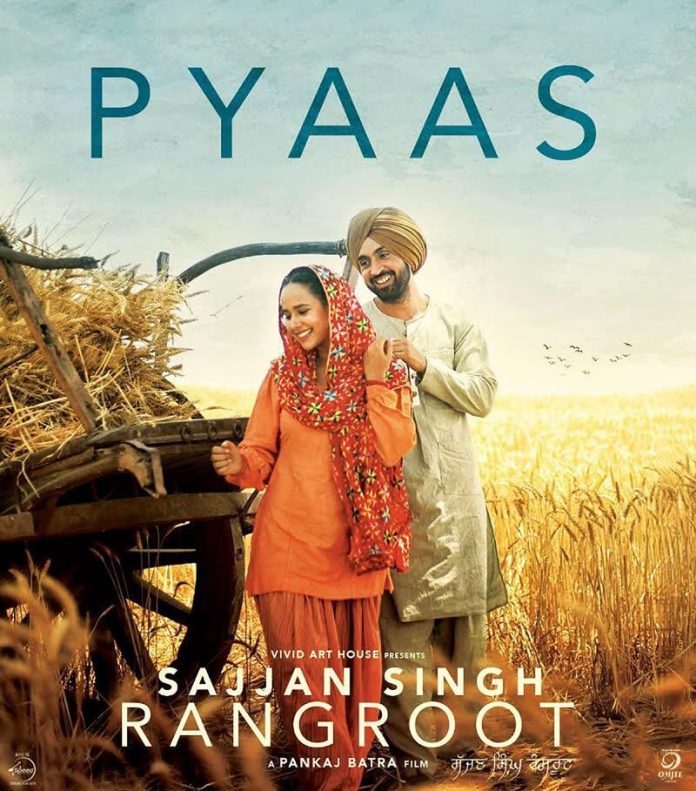 Pyaas, is the second song to be released from the upcoming Punjabi movie ‘Sajjan Singh Rangroot’, starring Diljit Dosanjh and Sunanda Sharma.

Pyaas, has been sung by the Punjabi superstar Diljit Dosanjh, and has been composed by music director Uttam Singh.

The romantic and heartfelt lyrics have been written by Dev Kholi, with the song taking us back to the Golden Punjab, that shows scenes of green fields, and Punjabi families in villages.

In the video for the song, we see Diljit and Sunanda Sharma play love interests, and we see their romance blossoming, before his character goes off to war.

Diljit Dosanjh has called the movie a ‘dream project’, and fans are eagerly waiting for the movie to release to see the Punjabi superstar play such a big role.

‘Sajjan Singh Rangroot’ is one of Pollywood’s most ambitious project, reminiscing a tale from the first World War, and is being helmed by award winning director Pankaj Batra.

Check out Pyaas from the upcoming Punjabi movie Saajan Singh Rangroot below.